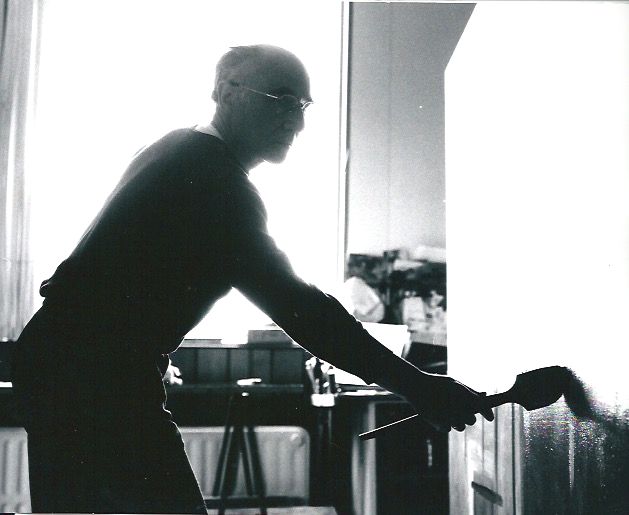 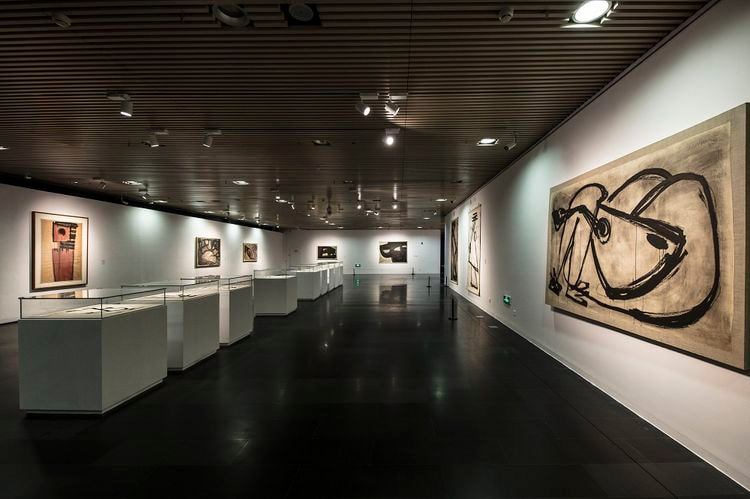 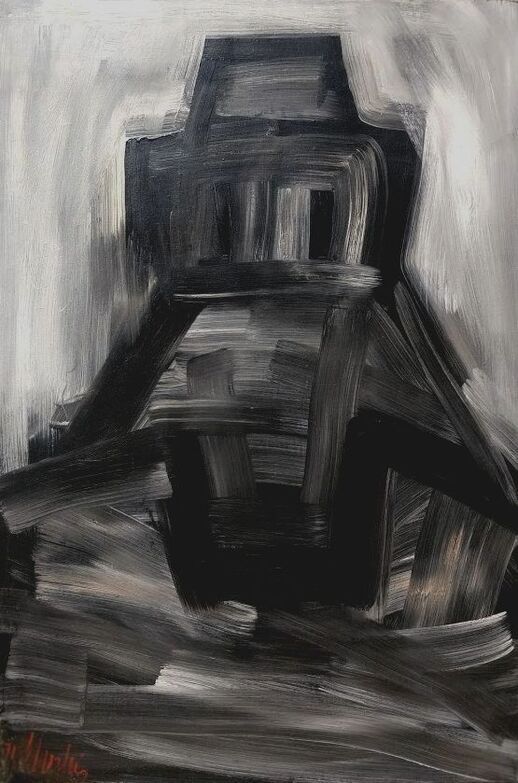 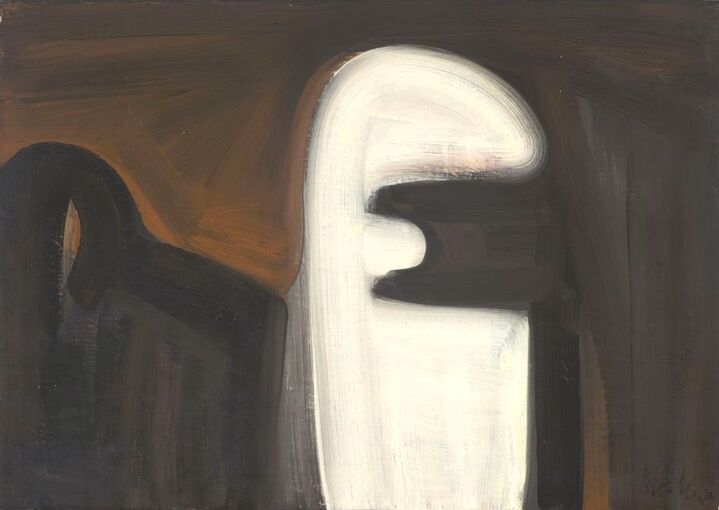 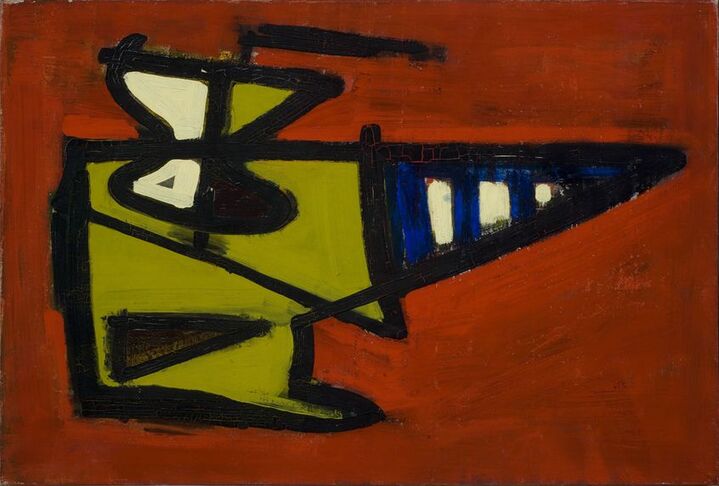 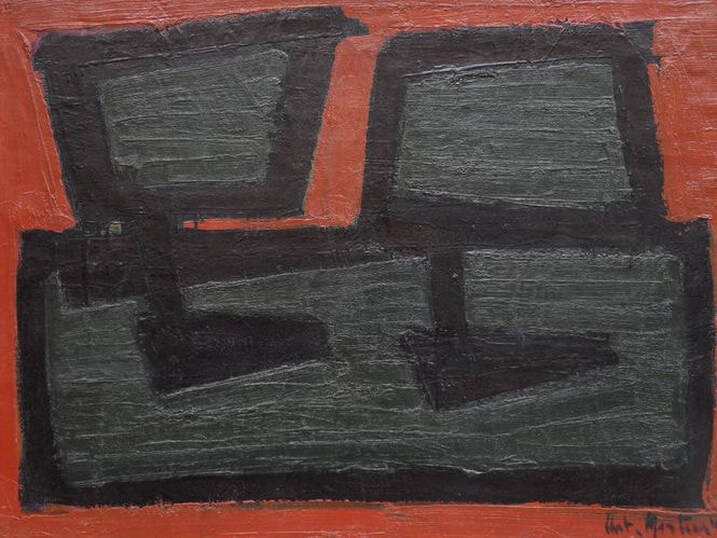 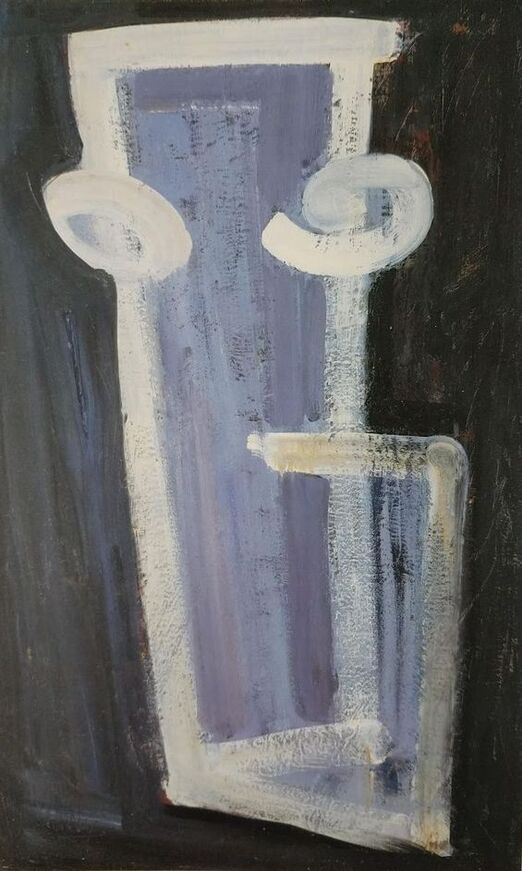 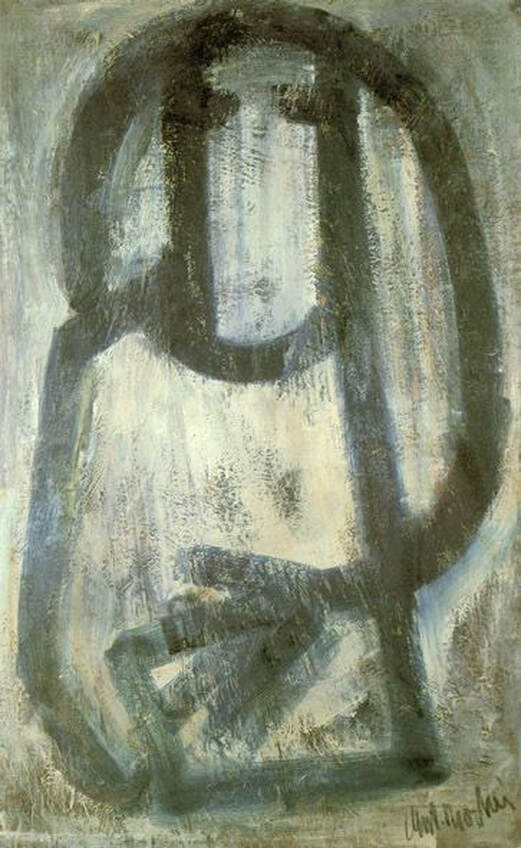 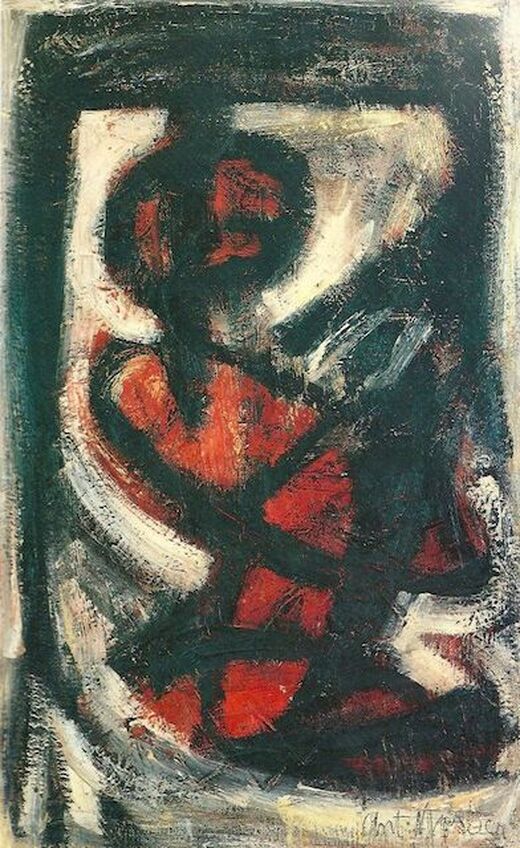 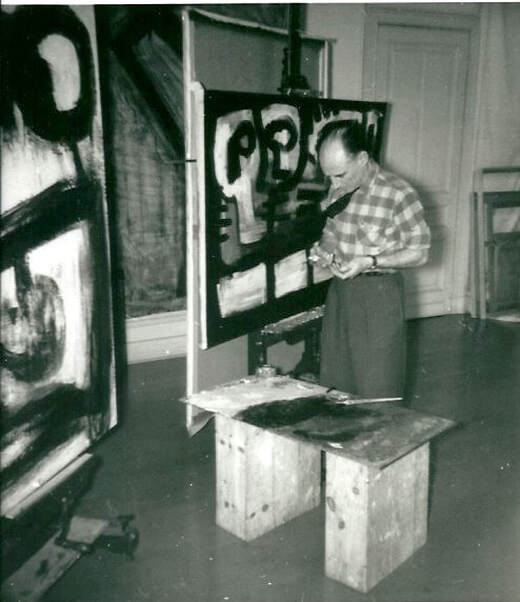 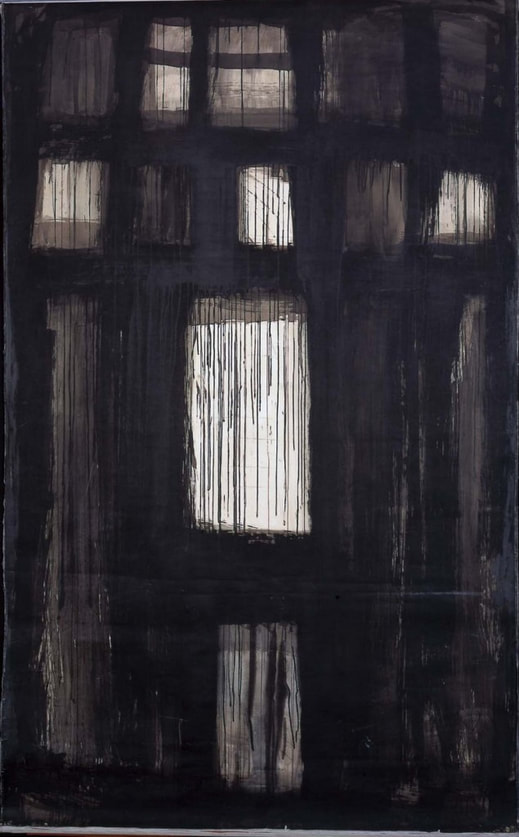 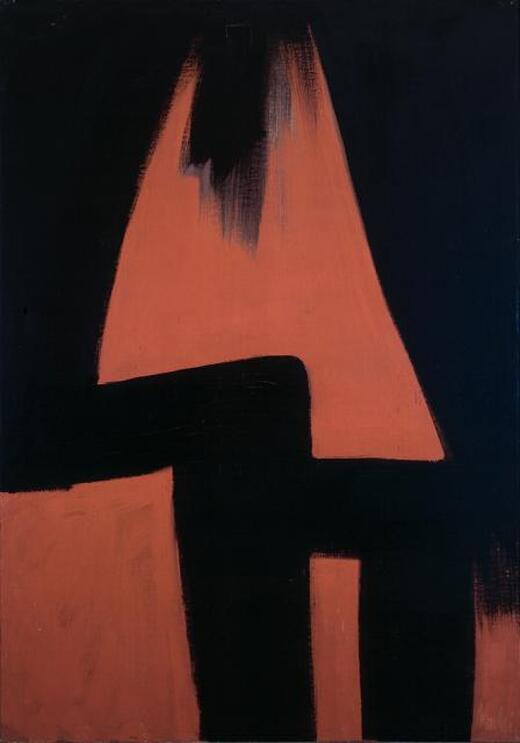 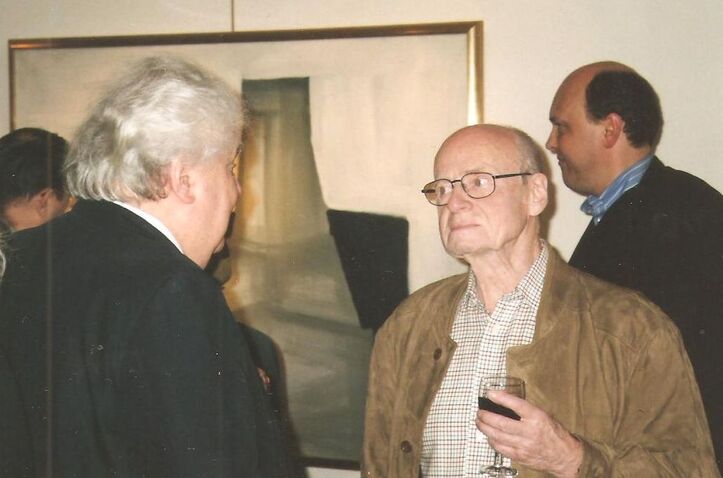 Architect Jacques Dolphyn and artist Marc Mendelson at the opening of the Mortier - Van Anderlecht exhibition at Group 2 Gallery, 2003

Antoine Mortier  was born in Brussels in 1908. He studied painting and sculpture at the Brussels Fine Arts Academy.
In 1940 he began his artistic career. In 1944 and 1945 he exhibited at the Salon Apport, organised by Robert Delevoy, director of the famous "Galerie Apollo" and joined briefly the group of the "Young belgian painters - Jeune Peinture Belge" in 1945-46. In 1949 he exhibits at the Palais des Beaux-Arts in Brussels. In 1951 the Allbright Gallery from Buffalo, New York, acquires a painting exhibited at the Carnegie Institute in Pittsburgh. The famous dealer Daniel-Henry Kahnweiler invited Mortier to settle in Paris, but the artist chose to stay in Brussels for family reasons. In 1953 Baroness Lambert put an atelier at the artist's disposal in her "hôtel particulier" in Brussels and the Solomon Guggenheim museum in New York acquires "Variation II blue Torso", 1948.
In 1961 Mortier participates at the Sao Paulo Biennial and Maurits Naessens acquires a number of paintings for the collection of the Banque de Paris et des Pays-Bas.  In 1964 Mortier participates at the Venice Biennial, where he should have been awarded the first prize. For "geopolitical reasons", however, an american artist - Rauschenberg - received it.  In 1983 Mortier installs a monumental sculpture at the "Yser" underground station in Brussels. In 1986 the Royal Museum of Fine Arts in Brussels and the Palais des Beaux-Arts pay tribute to the artist with a retrospective exhibition.
Mortier is rightly considered as one of the most important belgian painters of the second half of the XXth century. Although his works appear to be abstract at first sight, they are not. Mortier transcends with broad gestures - using oil on canvas or ink on paper - the reality of his daily surroundings into monumental Signs, the expression of his inner emotions.
Group 2 Gallery organized a duo exhibition of Antoine Mortier and Englebert Van Anderlecht "Sign & Gesture" in 2003.