WOMEN IN THE FRONTLINE

Anne Bonnet (  Brussels 1908-1960 ) , was formed at the Academy of Brussels and Saint-Josse-ten-Node (Professor Jacques Maes), where she became friends with Louis Van Lint and Gaston Bertrand.  Her first solo exhibition was held at the Palais des Beaux-Arts in Brussels in 1941. In that same year, she became a founding member of the ”Jeune Peinture Belge” ( JPB ) and in 1948 she exhibited at the famous Gallery Apollo. In his book about the “Jeune Peinture Belge”, the director of the Gallery Apollo Robert Delevoy devoted a whole chapter to her entitled "Anne Bonnet or the virtue of discretion." The first period in the work of Bonnet was inspired by animism. Under the influence of “Young French Painters”, such as Bazaine, Singier, Manessier, Tal Coat, she integrated elements of postcubism in her work.  In  1948-49 she was inspired by urban landscapes she had seen during her travels, making use of a series of rythmic plans modulating the entire surface of the canvas. Around 1950 Anne Bonnet started to make abstract works and in 1952 she became a founding member of the group "Space", which advocated non-figurative art.

Mig Quinet, born near Charleroi in 1906, was educated at the Academy of Brussels. Her first solo exhibition took place in 1938 at Galerie Manteau in Brussels. She took part in the "Apport" exhibitions at the Apollo Gallery from 1945 onwards. Her acquaintance with  Brussels lawyer and mecenas René Lust allowed the foundation of the group of the Jeune Peinture Belge in 1945. During an ambitious JPB exhibition in Stockholm in 1947 she was involved in a serious traffic accident. After a long recovery and despite the dissolution of the group in 1948, she fought like a lioness to continue her artistic career. Her abstract works of the 50s, her "allusive figurations" (Serge Goyens de Heusch) of the 60’s and 70’s bear witness to a joy of  life and an exceptional originality. The most typical element in her work, however, is the intense use of bright and bold colors. Its fragmented images, the violence of her palette of primary colors, her imagination, her sense of humor, her poetic sensibility, her use of pure white, her bold perspectives, her spirited writing, all this leads us to believe that Mig Quinet deserves to be among the great, not only of the JPB, but of the Belgian modern art scene “tout court”.

Odette Collon, born in Ixelles in 1926, became the youngest member of the Jeune Peinture Belge in 1946 and had her first solo exhibition in 1948 at the famous Lou Cosyn Gallery in Brussels . Her first works focused on human figures and interiors under the influence of animism and fauvism  ( Matisse ). Her work bore proof of optimism and joy of life. In the 1960s Collon started making pastels and watercolors. Her work, in which the human figure disappears, evokes nature - rocks, stones, trees, rivers, beach, sea - and gets a meditative touch.
Read more... 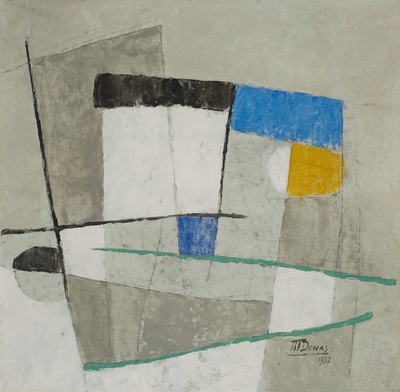 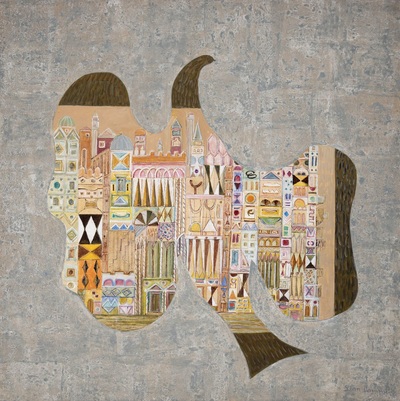 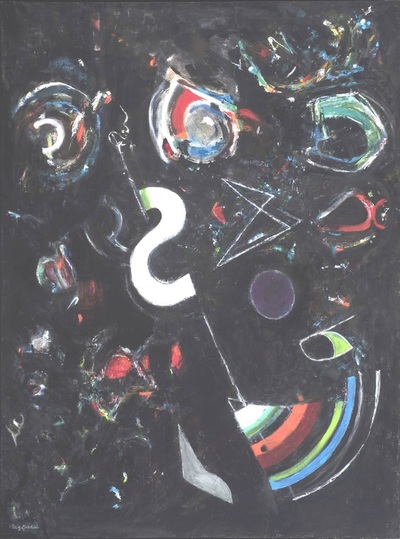 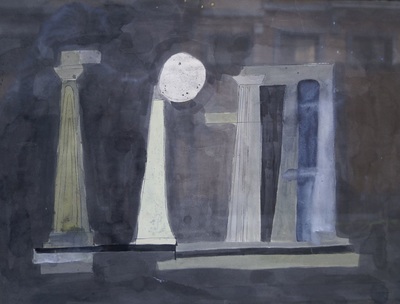 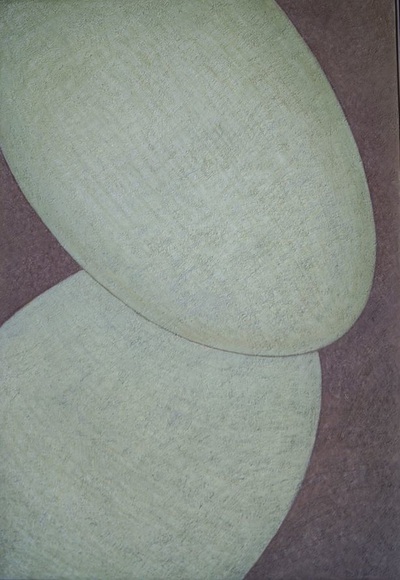 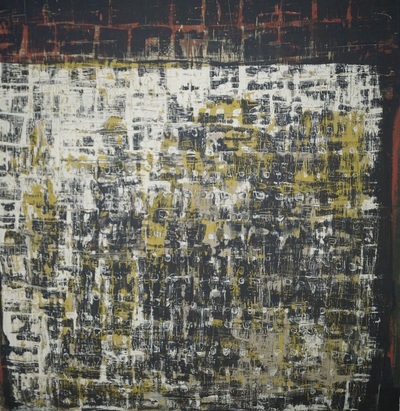 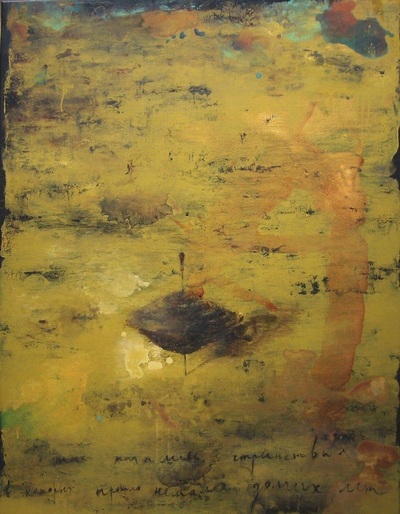 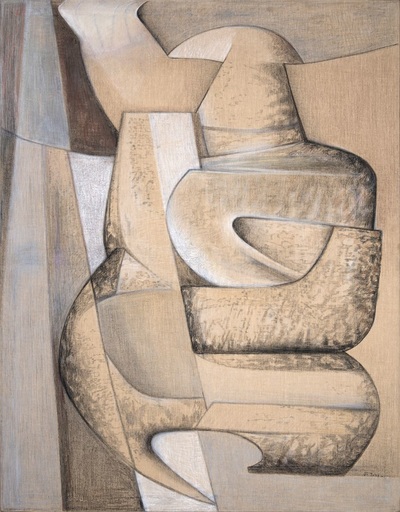 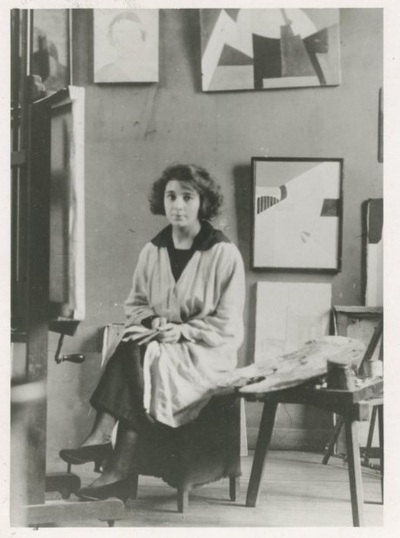 Marthe Donas in her Paris atelier 1920 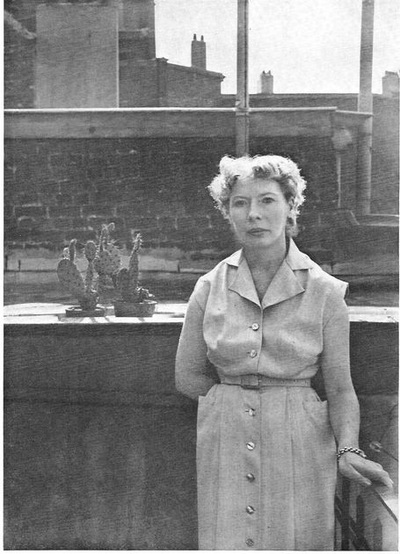 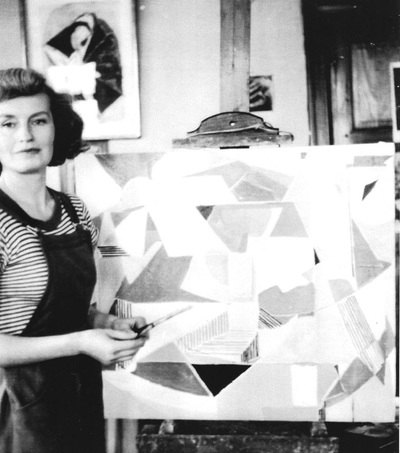 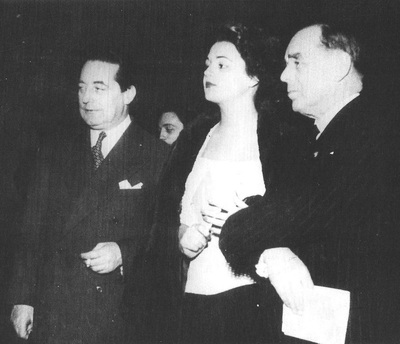 Odette Collon in 1947 at the Palais des Beaux-Arts Brussels 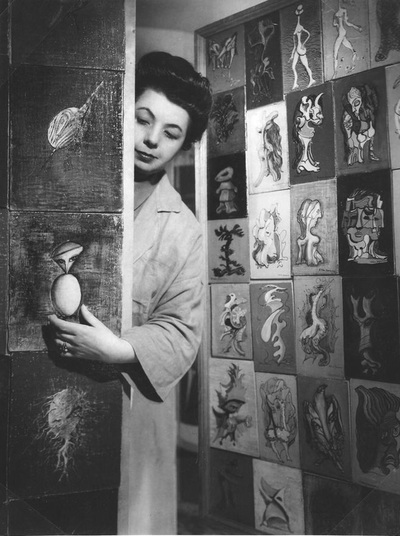 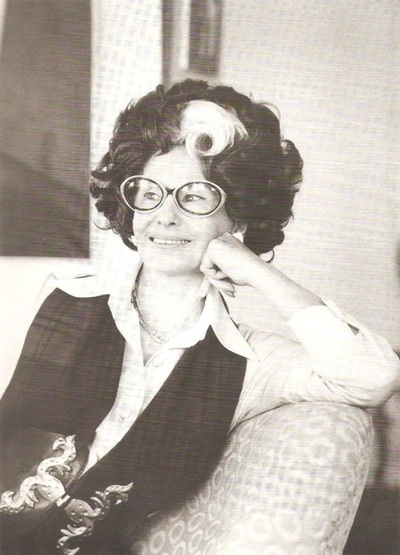 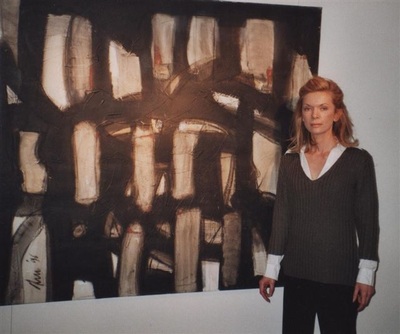 Ann Dierckx (Genk, Belgium 1962)
Marthe Donas ( 1885 – 1967 ) was with Sonia Delaunay, Gontcharowa, Popova and some other Russian artists, one of the first female abstract painters in art history ! Arriving in Paris in 1916, she discovered Cubism and met André Lhote and Russian sculptor Archipenko. Living with him in Nice in 1917, she joined the group of "La Section d’Or", which had Léger, Braque, Gleizes, Brancusi, Villon, Kupka, Archipenko among its members. Theo Van Doesburg Donas devoted several articles to Donas in the art magazine "De Stijl". In 1920 Herwarth Walden invited Donas to exhibit her works in his famous Der Sturm Gallery in Berlin. The American artist Katherine Dreier bought five works at this show. With the help of Marcel Duchamp and Man Ray, Dreier created a unique collection called "Société Anonyme", which she later bequeathed to Yale University. This famous collection was exhibited in several American museums in 2008-2009. In 2015 Donas was well represented in the exhibition "Sturm-Frauen : Women Artists of the Avant-Garde in Berlin 1910-1932" in Frankfurt-am-Main and in 2016 the Museum of Fine Arts in Ghent organized a major retrospective of her work.

With Suzanne Thienpont and Suzanne Van Damme, Berthe Dubail formed a trio of female painters who introduced Sand, the typical living material for a country like Belgium, bordered by the North Sea, known for the beauty of its white sand beaches. What more natural then than to mix this living material that changes the oil painting in an almost sculptural mass with an almost sensual and irregular relief. Indeed, the mixture of oil and sand gives another form to a composition which obtains a certain relief or almost sculptural volume in neutral colors, grey, beige, ocher, the color of the earth. Dubail’s compositions of circles, ovals and ellypses are like stars floating in the cosmos. There in the sinuous curves, in these vortices, in these deep caverns, is a latent eroticism, a moving sensuality which require a careful eye.

Simonetta Jung was born in Palermo, Sicily, in 1917. Her father originally came from Trieste and her mother, Jeannette Duquesne, was British but from an old French family descending from the Marquis Dusquesne, admiral of the French fleet under Louis XIV. The family had gone into exile in England during the reign of Napoleon III. She was educated in Palermo and in Florence.  Her favorite subjects were Art History, Philosophy and, above all, Science. Later she took a particular interest in the memoirs of Einstein, who foresaw the possibility that, through the intuition of artists, abstract art would be able to express complex and hard to perceive interstellary relations. With her so called "Forme-Luce" paintings she held her first personal exhibition in 1954 in Milano at the Galleria Schettini, where she met Lucio Fontana, who called her paintings “spatial art”. She became a member of the Movimento Arte Concreta – Gruppo Spaziale.
In 1955 she held solo exhibitions in Florence, Venice, Rome and in the famous Duveen-Graham Gallery at Madison Av., New York. Her work enters into important american collections and museums. Around 1958, she starts a second cycle, called "Tensioni Formative", closely related to abstract expressionism and Cobra, featuring bright colours and vigorous brushstrokes on heavily structured surfaces. The artist states that the “Forme-Luce” and “Tensioni Formative” series represent the moments “before” and “after” the creation of earth respectively, hereby referring to the theories of Plato. After the election of JFK as President of the U.S. in 1961 she makes a canvas “Idea Materia no 19 – The Beginning” for the White House.  In 1972, living in the USA, the artist embarks on a new cycle of works entitled "Homo Novus", symbolizing the human being turning into a robot. By the end of the seventies, she again alters her style, starting the "Elountha” series, named after a village in Eastern Crete. The anthropomorphic effigies irradiate a sense of calm, silence and solitude. The naked texture of the canvas, the chalky pigments, the rounded forms evoke an atmosphere of serenity. Although her work has been crystallized in various distinct periods, they are in fact organically linked by a slow natural evolution. Works of Simonetta Jung can be found in European and American private collections and museums : Columbia University, NY; Minneapolis Institute of Arts; Bruce Museum, Greenwich; Pratt Institute, Brooklyn; Stanford University Museum, CA; Brandeis University Museum, MA etc..

Ann Dierckx ( Genk, Belgium 1960 ) is a gifted artist continuously experimenting and making use of various techniques to achieve special effects. Her paintings are first prepared by putting several layers of mixtures on top of each other, a technique of which she alone knows the formula. On a meticulously prepared surface, the artist applies an almost transparent layer of oil paint or watercolor. Sometimes she covers the dried surface with beeswax, making it soft and sensual to the touch. The thus obtained rich texture forms an integral part of the composition to the same degree as the graphic itself. Sobriety, serenity and balance are the key words that characterize her work. Her art bears proof of the fact that minimalism and a refined simplicity lead us to meditation.

Elise Delbrassinne (Brussels 1935) makes sculptures, prints and drawings on artisanal paper. She also studied Egyptology.  Encouraged by
Jo Delahaut, her minimalist "Zen" creations are reminiscent of Constructivism and Geometric Abstraction. Her careful choice of handmade paper contributes to the uniqueness and quality of her drawings. Her travel memories, a.o. in the far east, have often inspired the artist.

The paintings and drawings of Maria Noppen Maria de Matteis (Lecce (Italy) 1921 - Brussels 2013) evoke imaginary landscapes and mysterious characters. In her strange universe of faces - often camouflaged - feathers, flowers and objects, the landscape is often present. The world of Freud and surrealism are never far away in the creations of the artist, who has lived in the United States, India and Kenya and who has traveled all over the world.

Natalya Zaloznaya ( Minsk, Belarus 1960 ) studied at the Academy of Fine Arts in Minsk where she met her future husband, the painter Igor Tishin. Jeruzalem deeply marked the work of Natalya. One of her favorite themes is the projection of the historical past in today's reality. We see in her work a homecoming: the landscapes of her native country, her childhood memories and ancestral traditions. Her technique is very personal: pieces of paper soaked in paint are glued on the canvas, then scratched, crumpled, covered by other layers of color and word elements from shorthand symbols and ideograms in whole sentences, including Kafka, Van Gogh. This "literary landscape" and irregular relief is reminiscent of ancient manuscripts. Zaloznaya's work is imbued with poetry. Thus, the titles of her works do not always reveal their secrets: the viewer must discover himself what the artist is willing to express. Several paintings by Zaloaznaya were exhibited at the Belarus Pavilion at the Venice Biennial in 2005.