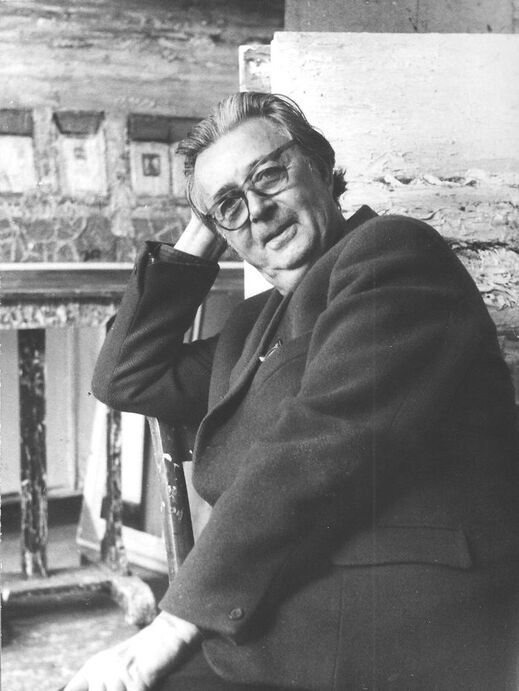 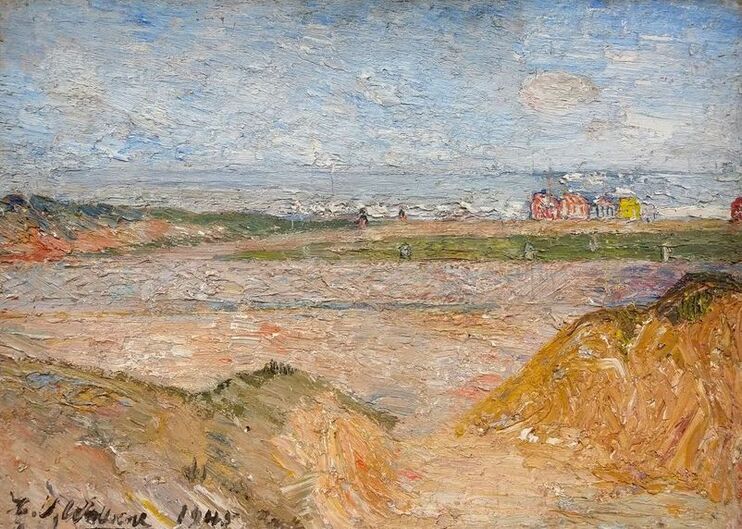 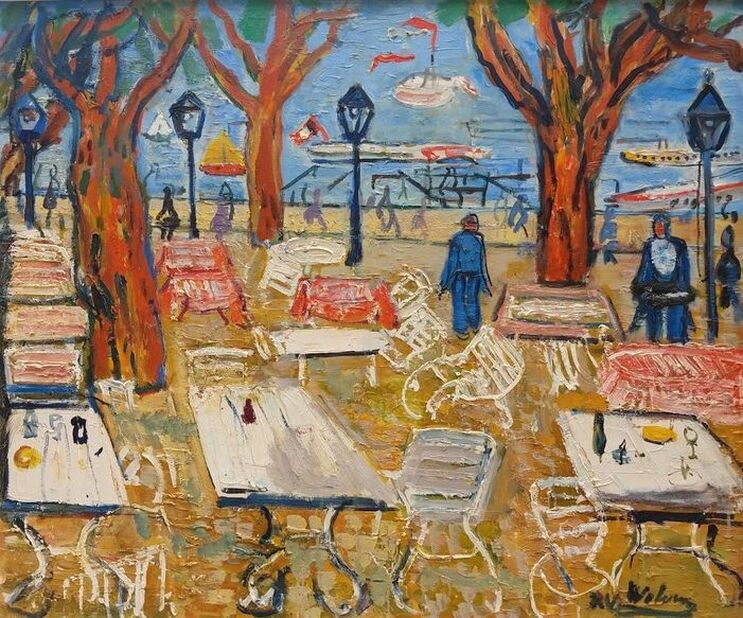 "Siska" 1970, oil on panel, 60 x 180 cm
The sunny terrace of the famous brasserie - tearoom in Knokke at the belgian coast.
At the end of the 19th century "Mother Siska" was one of the pioneers of the universally acclaimed "Belgian waffles".
​Available 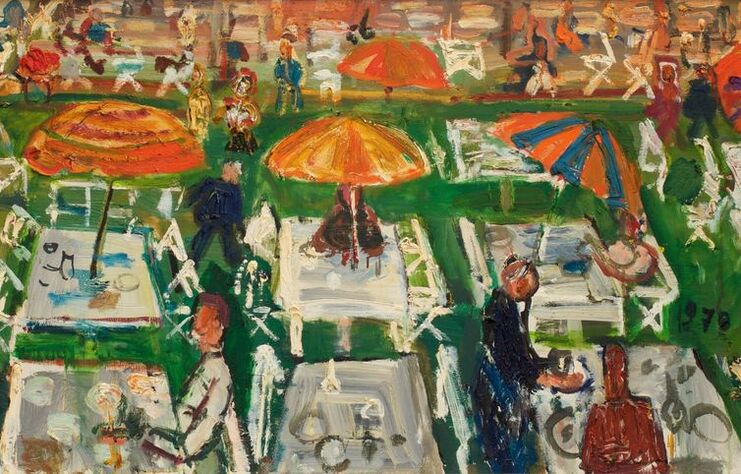 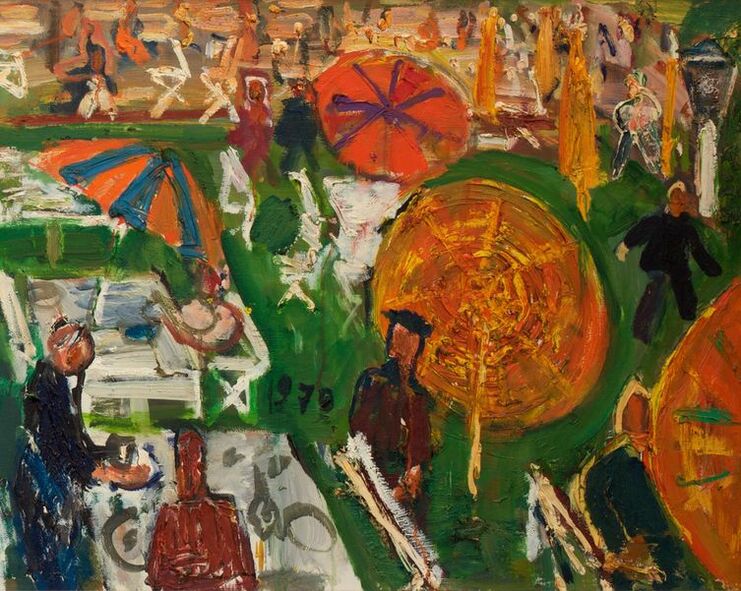 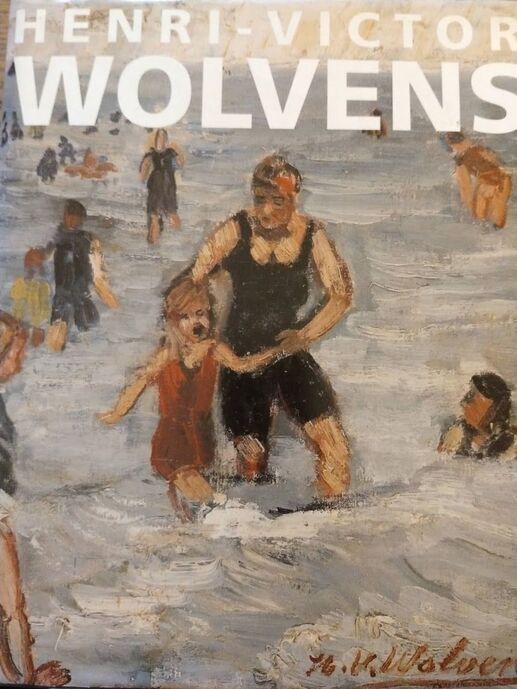 This book was published on the occasion of the Wolvens exhibition in the Ostend museum in 1993-94.
Stichting Kunstboek, Bruges, texts by Joost De Geest, Willem Elias & Willy Van den Bussche
"Still life with fish" 1930, Oil on canvas, 125 x 100 cm
​An admirable still life with thick layers of paint exhibited in Ostend in 1946 along with works by James Ensor
Private collection 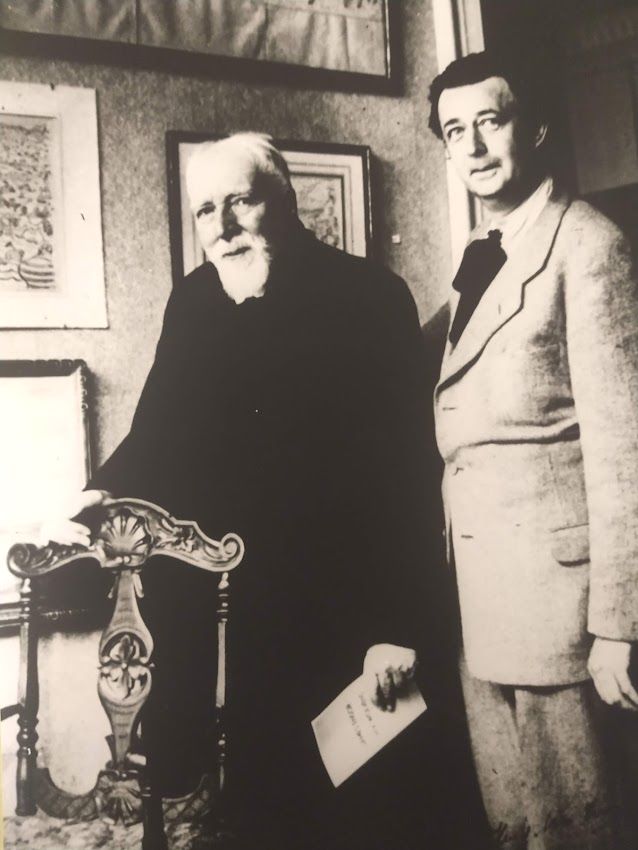 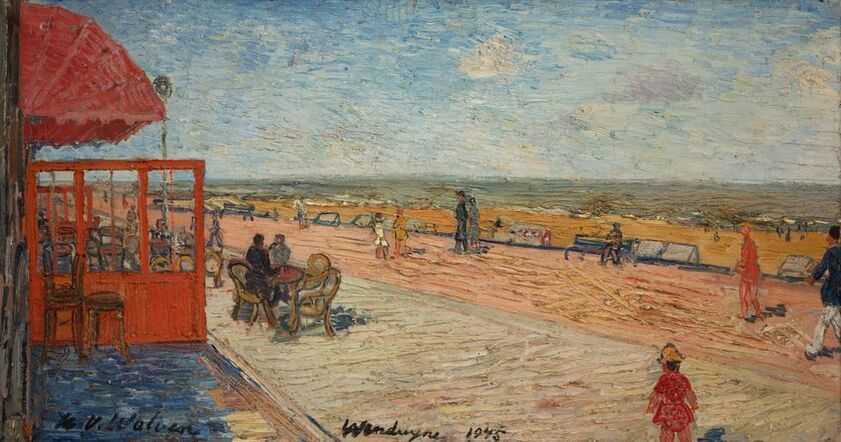 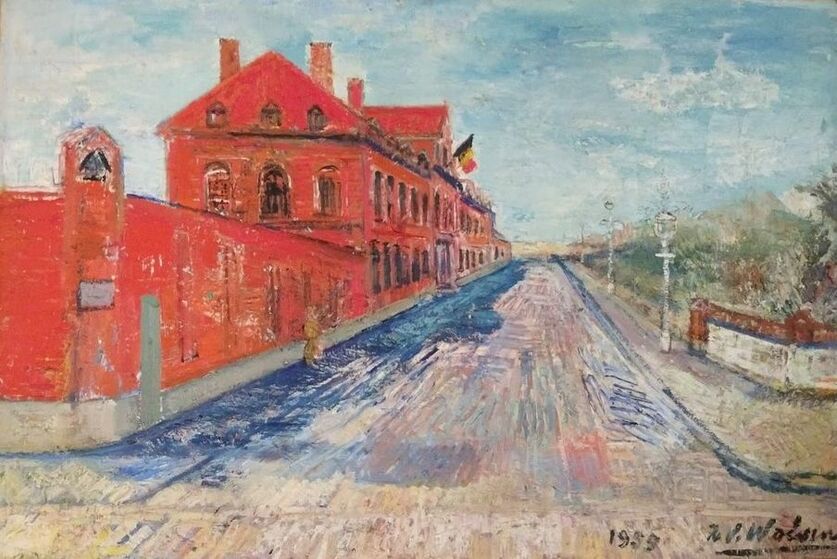 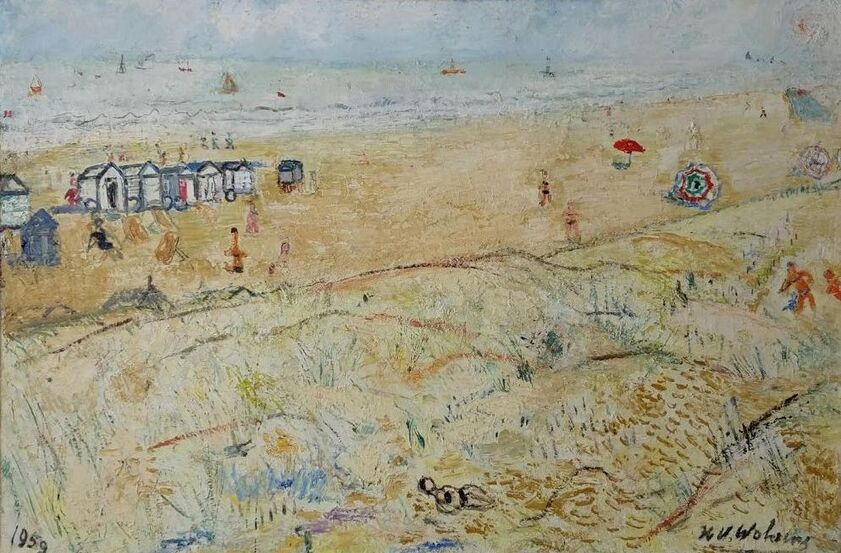 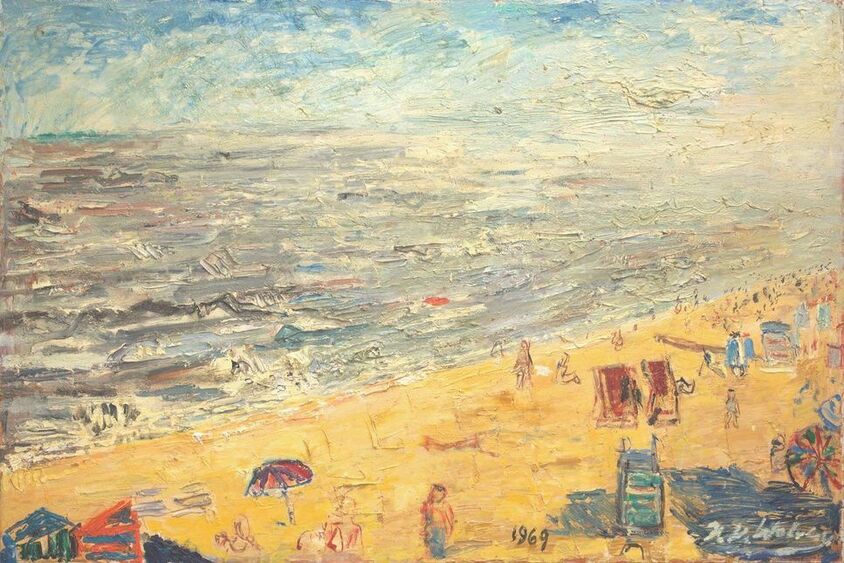 ​Henri-Victor Wolvens was born in 1896 in Brussels. He studied at the Academies in Schaerbeek and Saint-Josse-ten-Noode and Saint-Gilles (Brussels) where Henri Ottevaere and Maurice Lefèvre were among his Professors. In 1931 Wolvens enrolled at the famous Grande Chaumière Academy in Paris. In his early works Wolvens used dark colours, finding inspiration in the femish expressionists and Constant Permeke in particular. Wolvens' first solo exhibition was held at the famous Galerie Georges Giroux in Brussels. Subsequently, Wolvens considered Van Gogh, Turner and, above all, Ensor as the great masters who influenced his work. His colours became gradually more vivid and bright. In 1930 the artist settled down in Bruges. He fell in love with the belgian coast and painted an extraordinarily diverse series of beaches, dunes and marines along the North sea, which became his much admired trademark by art critics and museum directors such as Paul Fierens. In 1934 Wolvens painted the urban scenery in Paris, Meudon and Clamart. He also made a series of powerful portraits and interiors. Personal exhibtions followed at Galerie Apollo in Brussels in 1942, Galerie Breughel in 1945 and at Galerie Dietrich in 1946. In that period Wolvens became a close friend of Baron James Ensor and an exhibition of their work was held in 1946 at Galerie Studio in Ostend, proving that the "prince of painters" highly appreciated the work of his younger peer. Other important exhibitions were held in the Groeninge museum in Bruges in 1959, the Casino Knokke in 1964 and the Ostend museum in 1993/94.
In 2015 the Ixelles museum organized a solo exhibition curated by art critic Roger-Pierre Turine "Wolvens, de l'ombre à la lumière", a title referring to the change of the artist's colour palette throughout his career.
In 2019 Group 2 Gallery showed works by Wolvens in its thematic exhibition "Summertime".