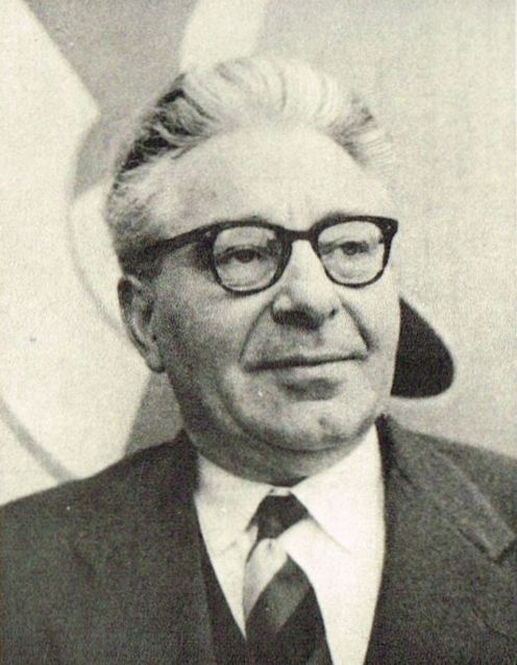 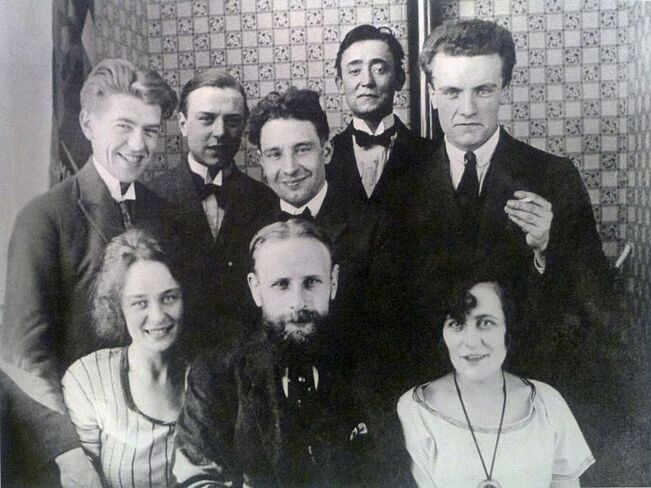 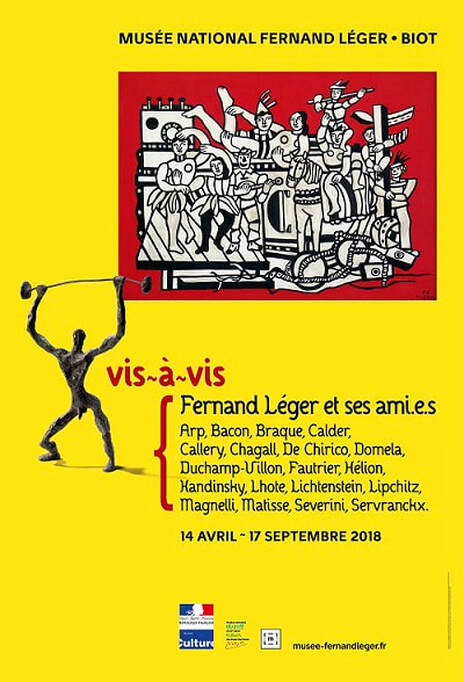 Servranckx was highly appreciated by many great contemporaries 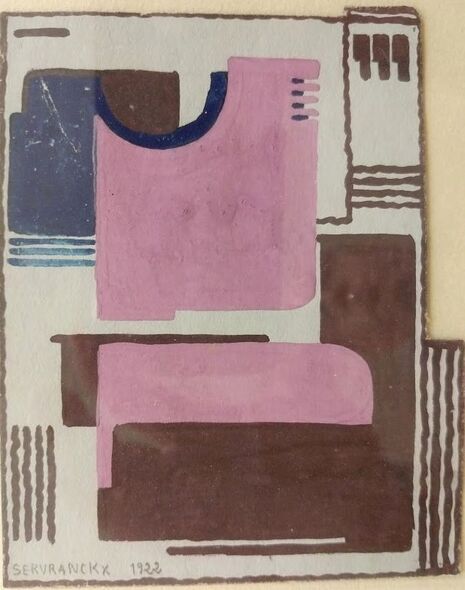 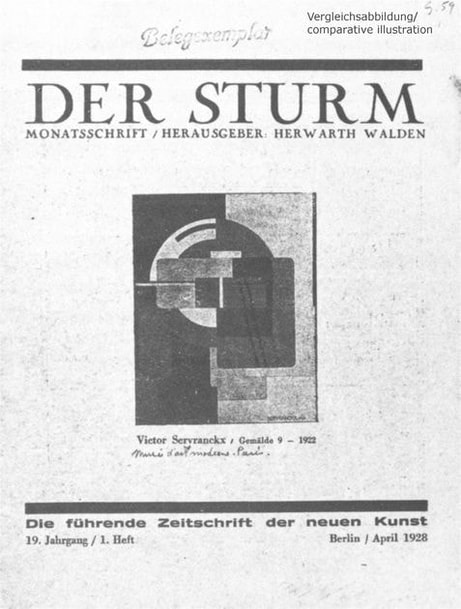 Cover of the famous Berlin magazine "Der Sturm" edited by Herwarth Walden, 1928
The painting on the cover belongs to the Centre Georges Pompidou in Paris 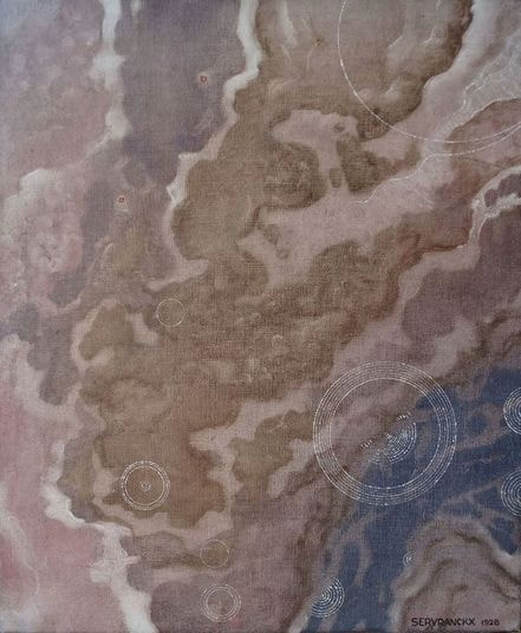 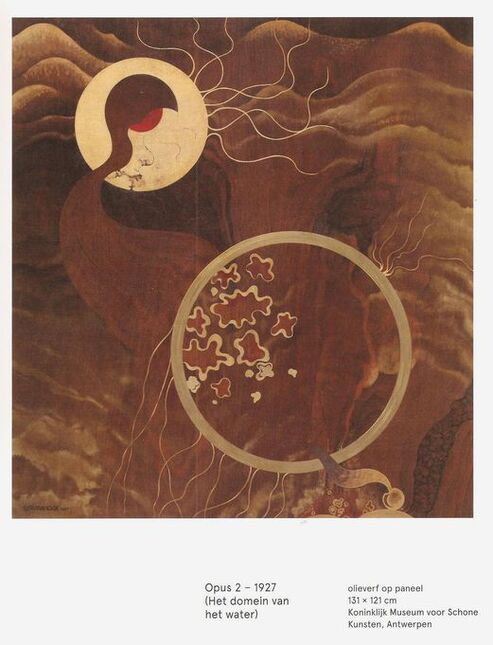 Opus 2  1927, the water realm, oil on panel
​Collection of the Royal Museum of Fine Arts in Antwerp 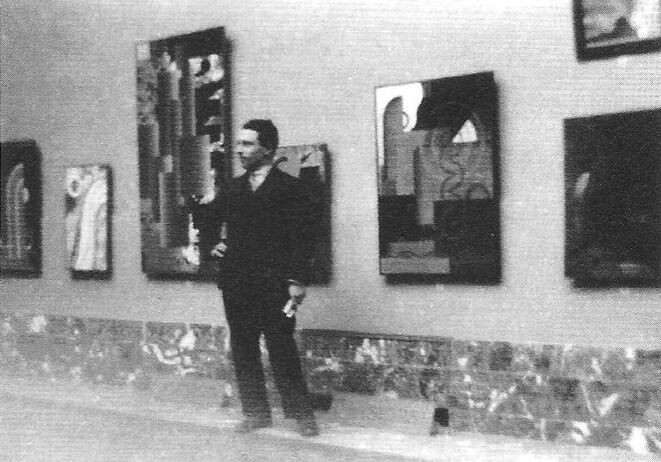 Solo exhibition at the Palais des Beaux-Arts in Brussels, 1929 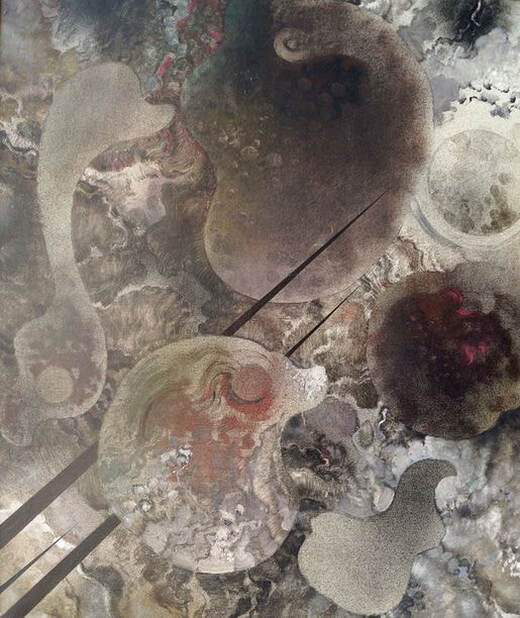 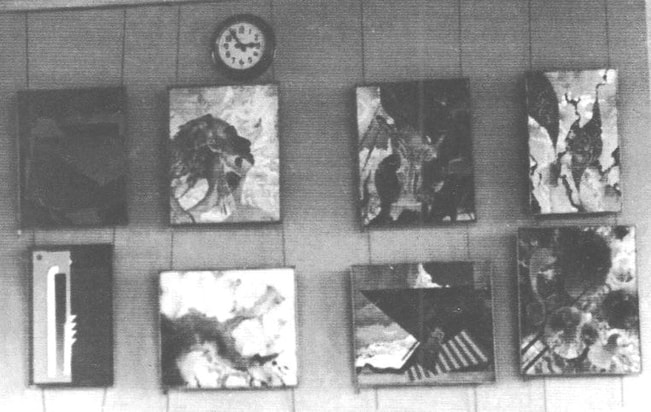 Exhibition in Budapest 1936
​"Life starts mysteriously" is below right

In 2019 Group 2 Gallery organized a one-man show of the artist under the patronage of Mrs Anne Adriaens-Pannier,
Honorary curator of the Royal Museum of Fine Arts of Belgium
DISCOVER THE SHOW ON RING TV
READ PRESS ARTICLE 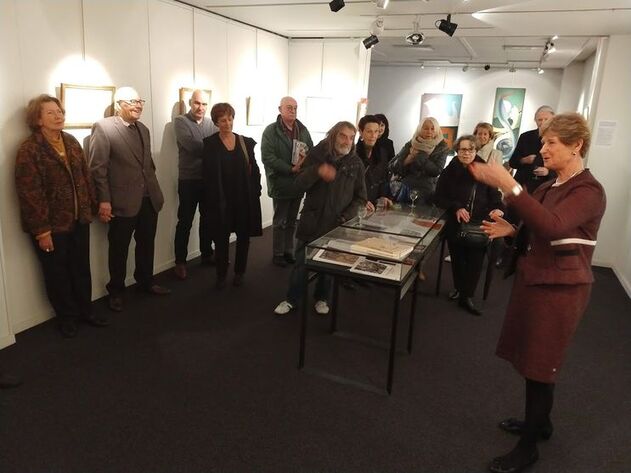 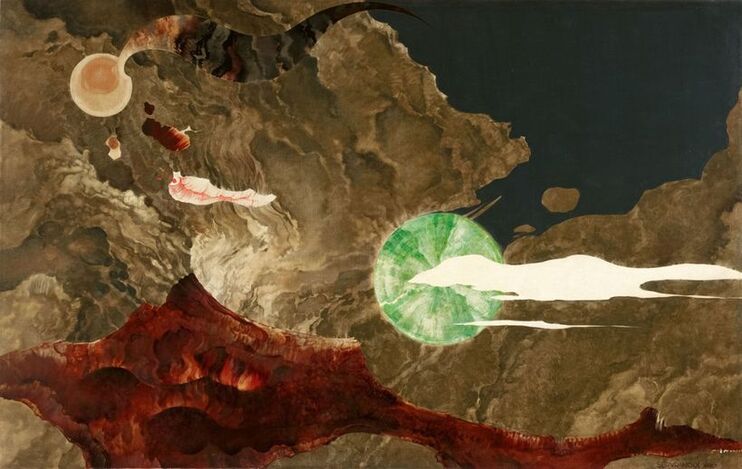 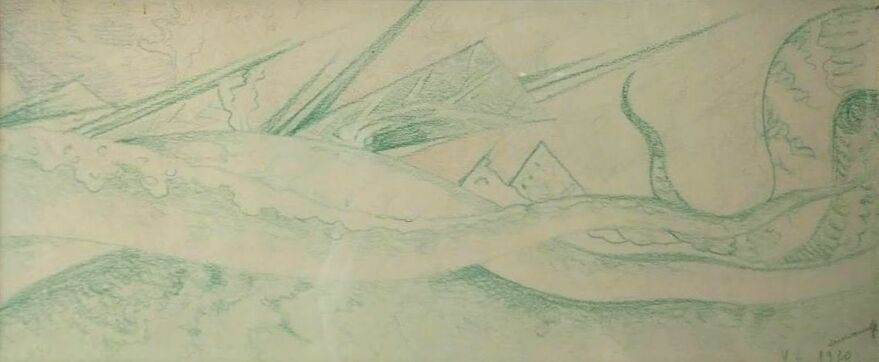 ​Opus 7  1930  Oil and wood on panel (rare mixed media - collage)  70 x 90 cm
Exhibited at Ixelles Museum, 1965, Royal Museum of Fine Arts of Belgium, 1989, illustration in the catalogue.
Michel Seuphor wrote that Servranckx was a visionary artist and cosmic poet painting his metaphysical obsessions.
The experienced viewer will discover affinities with the work of Max Ernst
​Available 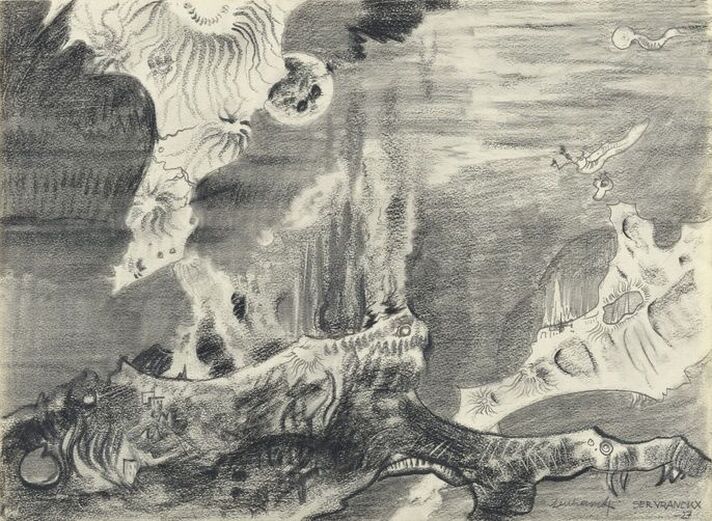 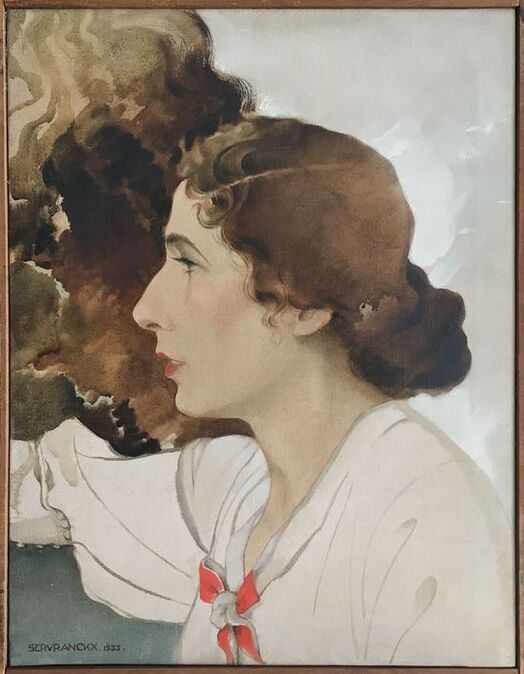 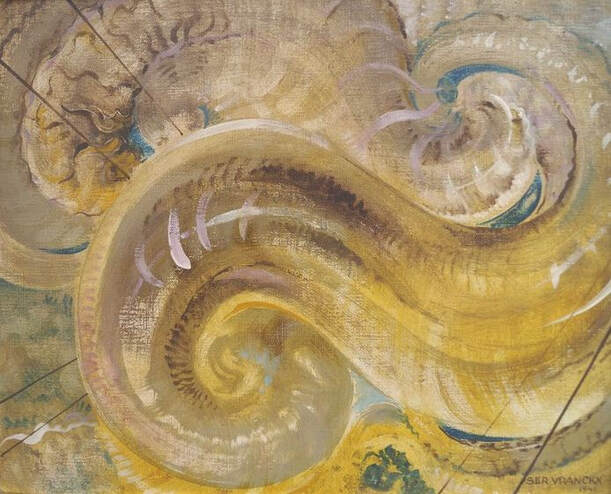 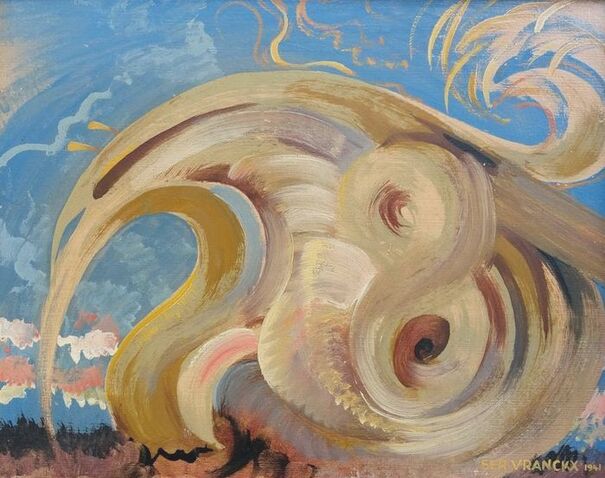 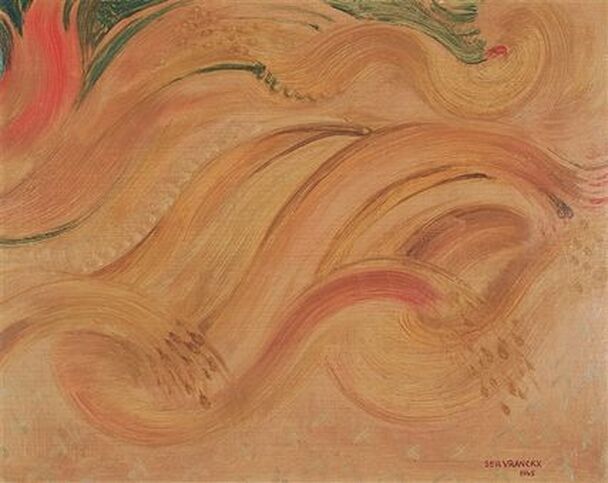 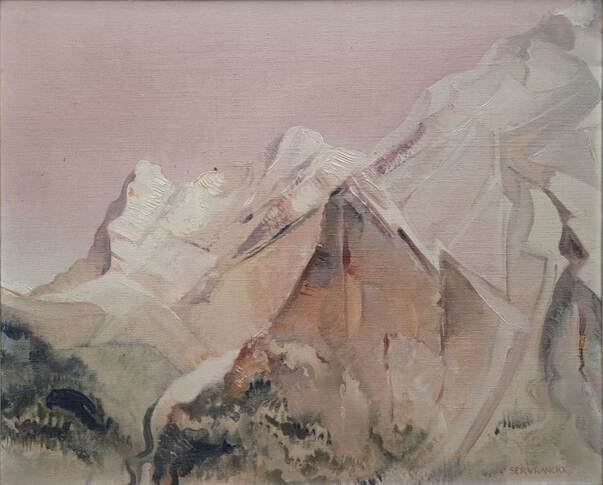 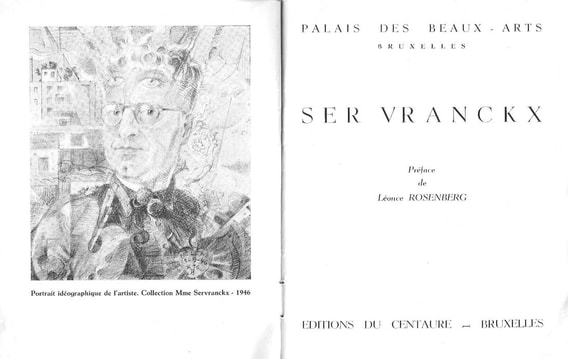 Léonce Rosenberg admiring "Opus 23  1923" at Galerie Apollo in 1946.
Collection of the Royal Museum of Fine Arts in Brussels. 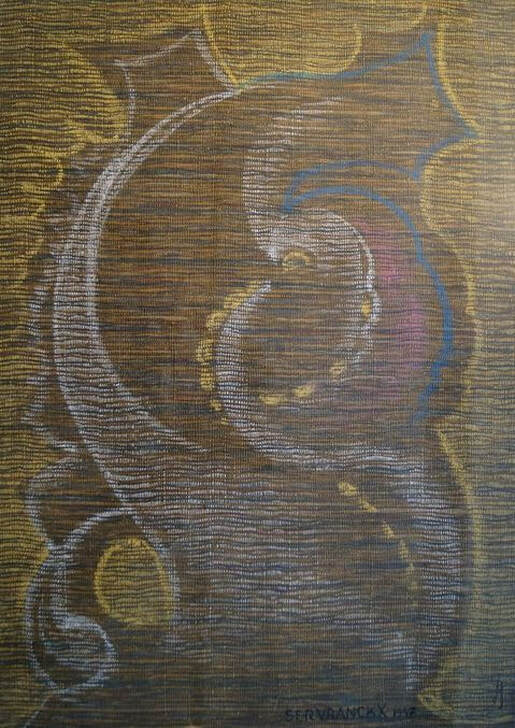 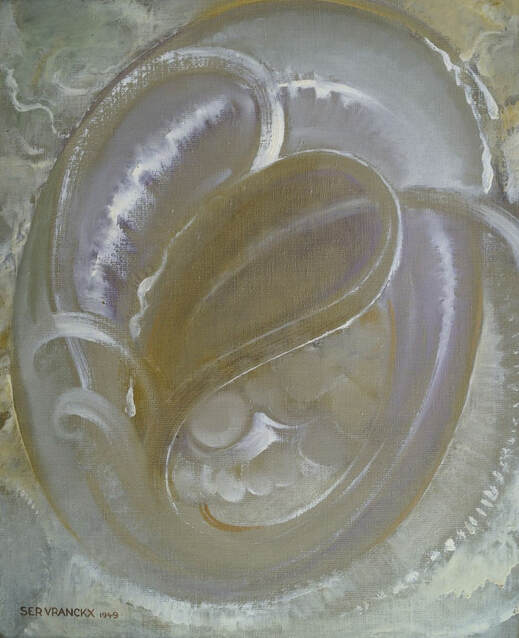 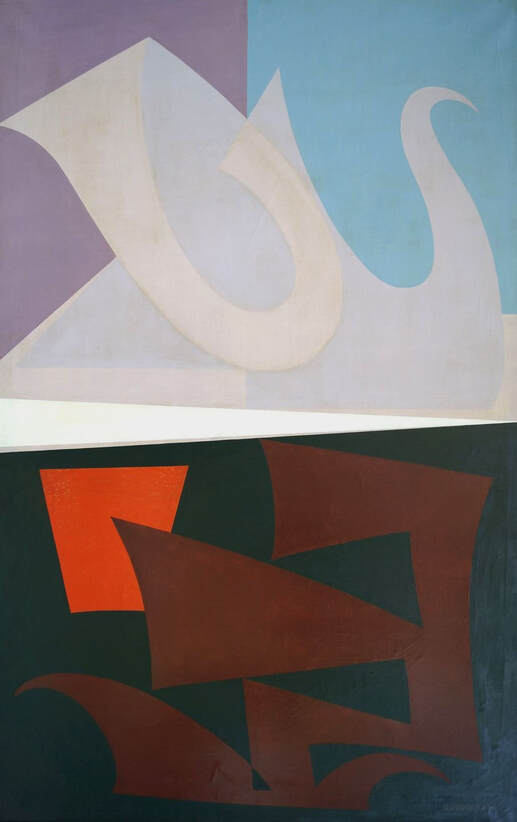 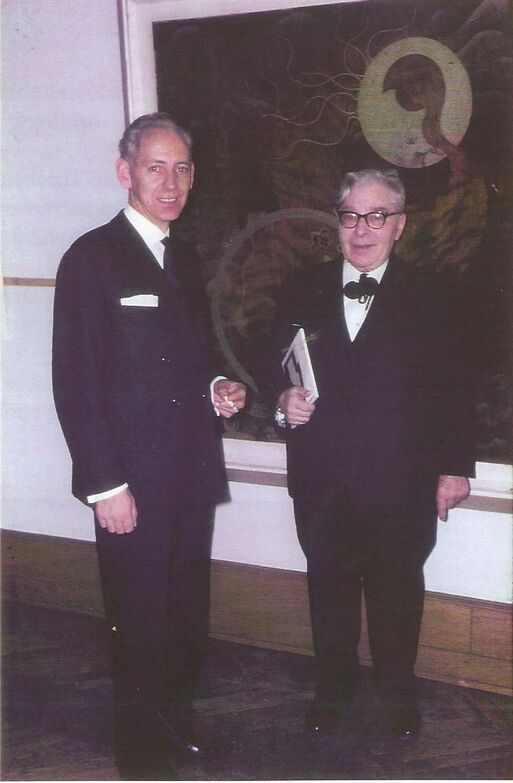 View of the Servranckx exhibition at Group 2 Gallery in 2019

Drawings at the Servranckx exhibition at Group 2 Gallery in 2019. Contact us for pictures and prices. 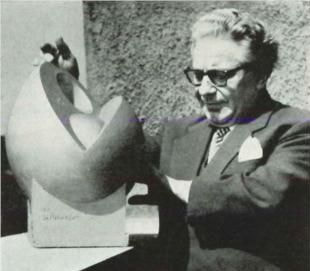 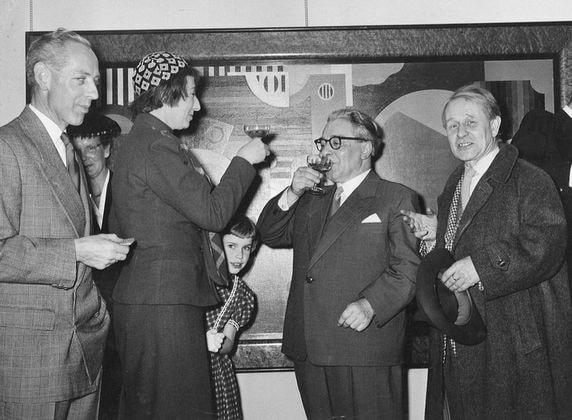 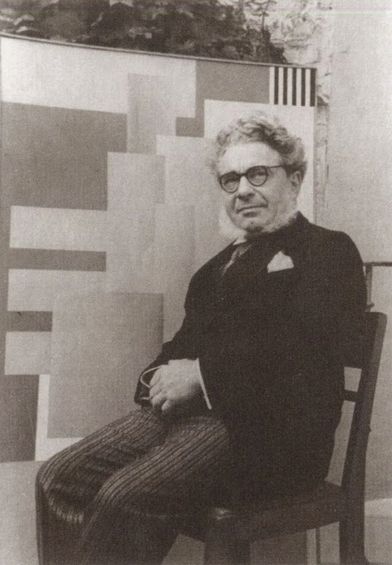 Victor Servranckx, born in 1897 in Diegem near Brussels made his first abstract work, a gouache/collage, in 1915. From 1913 to 1917 he studied at the Fine Arts Academy in Brussels where he had Constant Montald and Adolphe Crespin as Professors and a.o. René Magritte and Flouquet as fellow students. In 1917 several of his non-figurative works were exhibited at Galerie Georges Giroux in Brussels. Artist Michel Seuphor, author of "Abstract art in Flanders", wrote that this was the very first exhibition of abstract art in Belgium. Servranckx was in touch with international masters such as Fernand Léger, Marcel Duchamp and the italian futurist Filippo Marinetti. After an important solo exhition in 1924 at Galerie Royale in Brussels, the artist was invited by Marcel Duchamp to participate at the International exhibition of Modern Art organized by the New York gallery "Société Anonyme" in 1927. As a member of the Avant-Garde movement in Brussels, Servranckx wrote articles for the magazine "7 Arts". In 1922 he wrote with René Magritte the manifesto "L’art pur. Défense de l’esthétique". Servranckx gave his works neutral titles (Opus, followed by a serial number), which was in the spirit of the idea of ‘collective art’. In 1925, Servranckx momentarily ceased painting and devoted himself to architecture and design in his studio "Cubist Home". With architect Huib Hoste he designed an office space for the "Exposition Internationale des arts décoratifs" in Paris. When he resumed painting a year later, he distanced himself from the constructivist style, using a very diverse mixture of styles in his oeuvre. His work became "abstract and cosmic surrealist" whereby organic elements are combined with geometrical forms. In visionary paintings with biomorphic figures, Servranckx experimented with new techniques and materials. However, the design element remained part of his visual means of expression. After WWII, he returned to a formal abstraction and actively cooperated with a new generation of abstract artists such as ​Jo Delahaut and Paul Van Hoeydonck​​. Servranckx participated at the World Exhibition in Brussels in 1958.