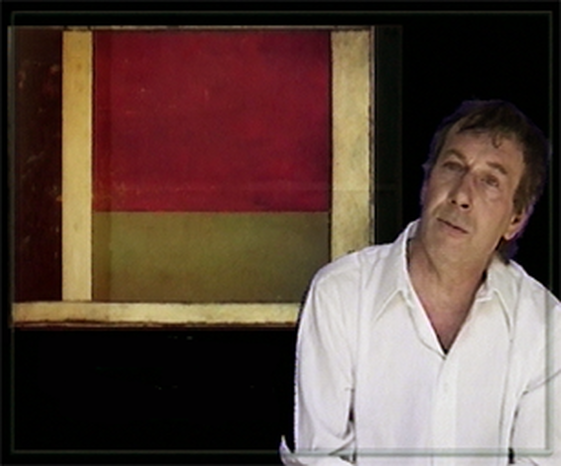 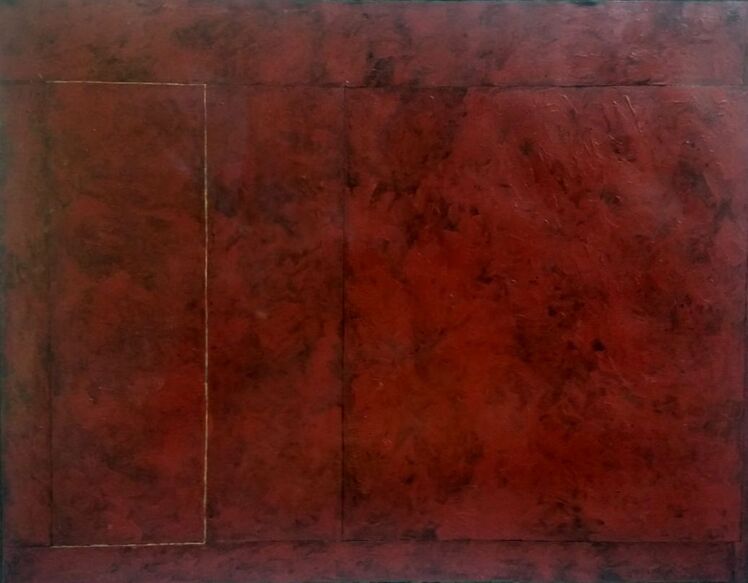 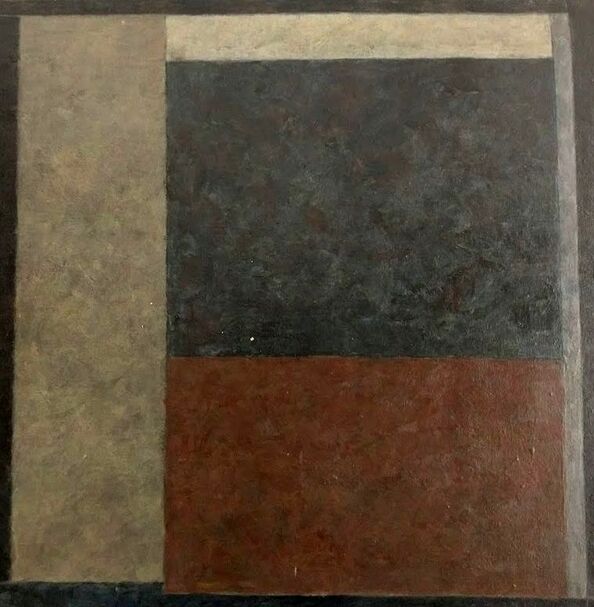 Untitled 1979, oil on canvas, 42 x 45,5 cm
​Private collection
Jean-Pierre Pincemin, born in Paris in 1944, visited the Louvre Museum at a very young age, where he discovered and admired the classical painters and especially Veronese. In 1967 he exhibited at the "Salon de la Jeune Sculpture" constructions in scrap and stacked wood. Until 1969, he carried out a long series of experiments on unframed canvas, by printing objects dipped in dye (corrugated sheets, fences, boards...). In 1969 he created his first "Carrés-collés", repetitions in series of squares of canvas soaked, tinted and glued or sewn into rhythmic surfaces. In 1971, he joined the "Supports-Surfaces" movement, with Viallat, Bioulès, Saytour, Cane, Devade and Arnal. Pincemin dismantled the painting object to reveal its components (frame, stretcher, painting) and underline its ambiguous, misleading nature, a false window on reality. His interest in the physical nature of the object would remain a constant in his work. Pincemin declared : “I see painting as a mechanism in which it is necessary to produce disorders”. Developing a mixed practice, abstract and figurative painting, painting and sculpture, working in a small town in the Beauce, he achieved wide recognition after several retrospective exhibitions since the mid-1990s. Pincemin is justly considered as one of the major post-war french artists. Since 1974 he developed his well-known series of "Palissades" or "Portails", large architectural canvases, composed of large vertical and horizontal bands. In 1976 his works evolved into almost monochrome paintings, mounted in successive layers, with a space strictly divided into bands and borders. By creating these false "palissades" and real paintings, Pincemin highlighted the opposition between abstract art (of which the "monochrome" is one of the great "genres" for many artists from Malevitch to Ryman) and figurative art (the palissade) . In essence, Pincemin questioned with this series the role of art in relation to reality, a questioning which was already present in his first works (found and rearranged wood transformed into sculpture).
^ top