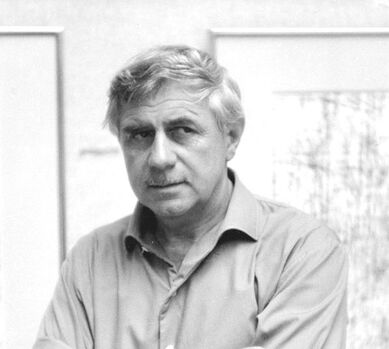 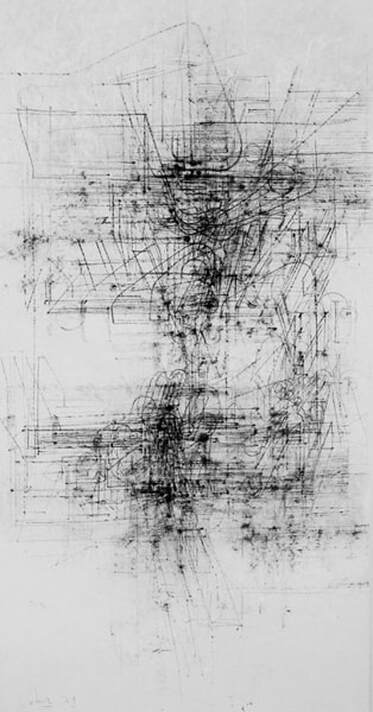 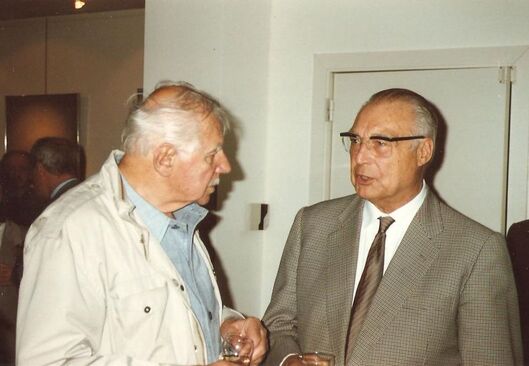 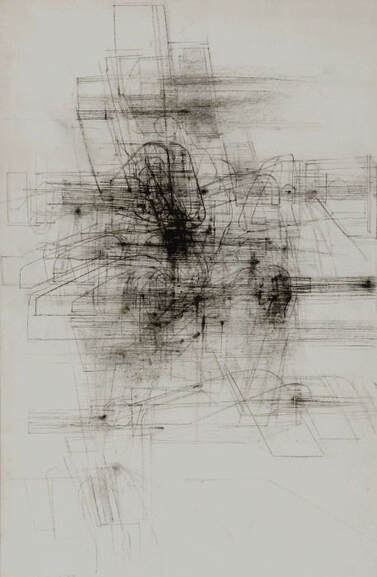 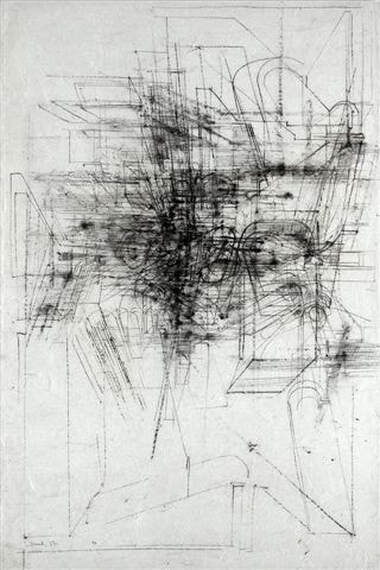 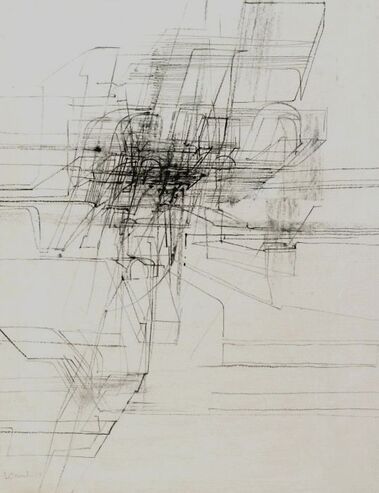 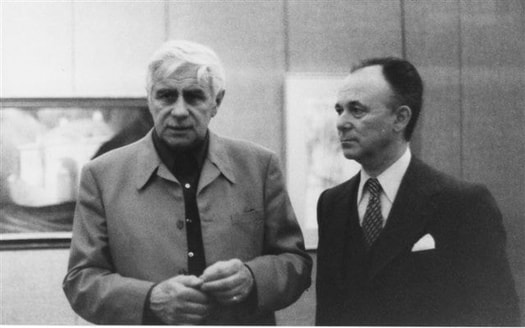 Lismonde and Philippe Roberts-Jones, former chief curator of the Royal Museum of Fine Arts of Belgium 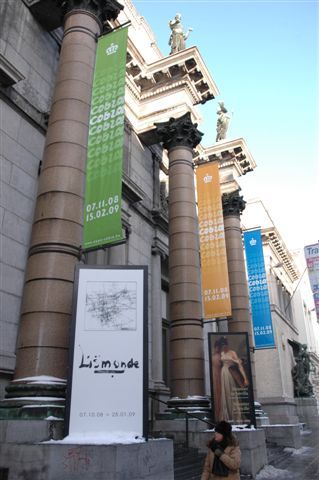 Lismonde was born in Anderlecht (Brussels) in 1908. In 1924 he studied at the Fine Arts academy in Brussels where Xavier Mellery was one of his professors. In 1932 he joined the Academy in St-Joost-ten-Noode (Brussels) where he met fellow artists Van Lint, Gaston Bertrand and Anne Bonnet. In an early stage of his long career Lismonde decided to work exclusively in black and white with the use of charcoal on paper. His works are largely inspired by landscapes, industrial sites and ports. His first important exhibition was held in the famous Apollo Gallery in Brussels in 1942, which promoted the generation known as the "Young Belgian Painters - Jeune Peinture Belge" (1945-48). In the early 1950s, Lismonde's work became more structured. The subject remained figurative but turned into circles, square triangles and fragmented rectangles. Pure and simple abstraction was not far away and consisted of a labyrinth of interwoven straight lines which formed a dynamic architectural composition. Lismonde participated at the Venice (1958) and Sao Paulo (1959) Biennials. Around 1970, the drawings became less dense and the graphics grew lighter. The medium was also changing : the thick grain "Arches" paper was replaced by a much thinner rice paper, or by an almost transparent Japanese paper with an irregular texture. Lismonde's way of working changed radically: instead of fixing the paper on an easel in a vertical position, the artist placed it on a horizontal drawing table, which completely disrupted the pressure exerted by his hand. The Royal Museum of Fine Arts of Belgium paid tribute to Lismonde with 2 restrospective exhibitions in 1977 and 2009.
Group 2 Gallery organized a solo show of the artist in 2009 "Lismonde : a world in Black & white".
Public collections : Stedelijk Museum Amsterdam, Hamburger Kunsthalle, Paris, Musée National d'Art Moderne, Rotterdam, Museum Boijmans Van Beuningen, Royal Museums of Fine Arts of Belgium in Antwerp, Brussels.