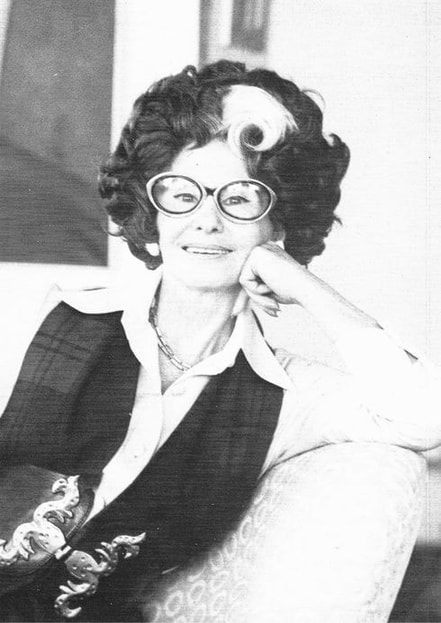 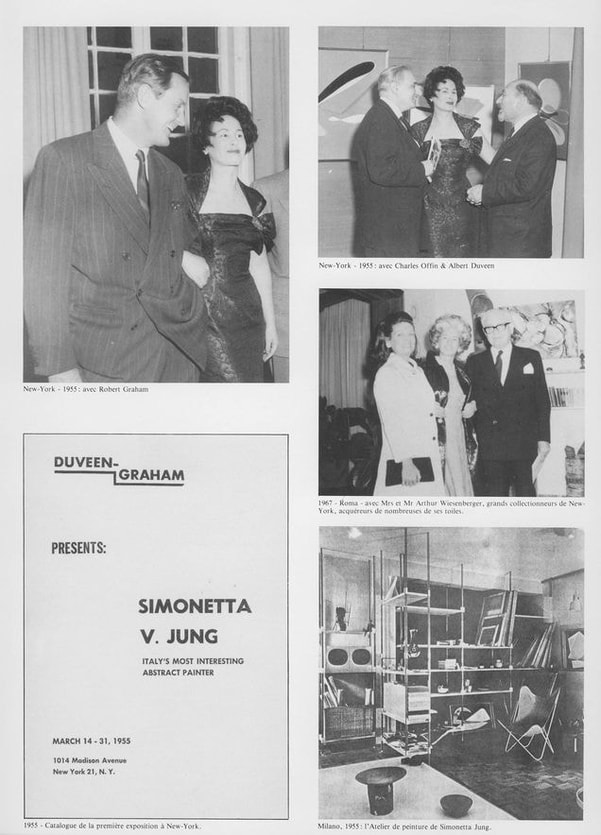 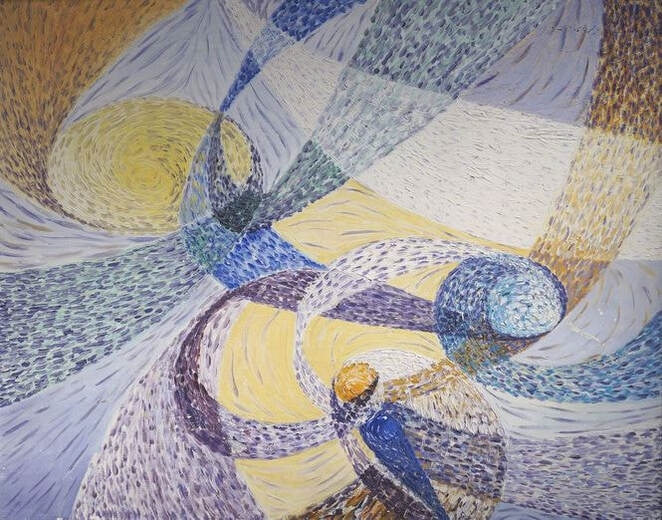 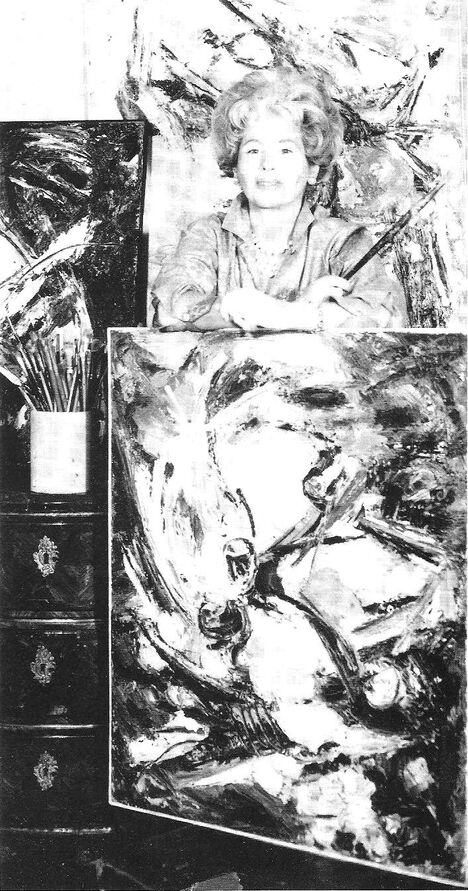 Milano, 1961 with the painting ordered by President and Mrs JF Kennedy for the White House 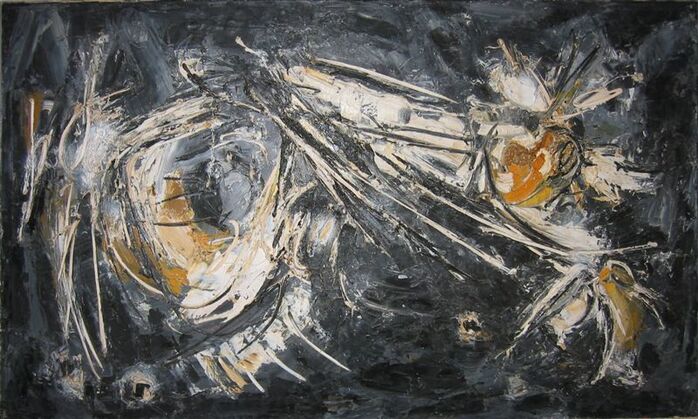 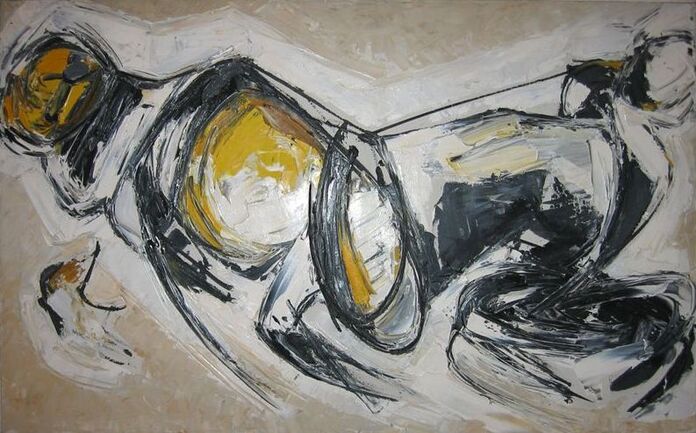 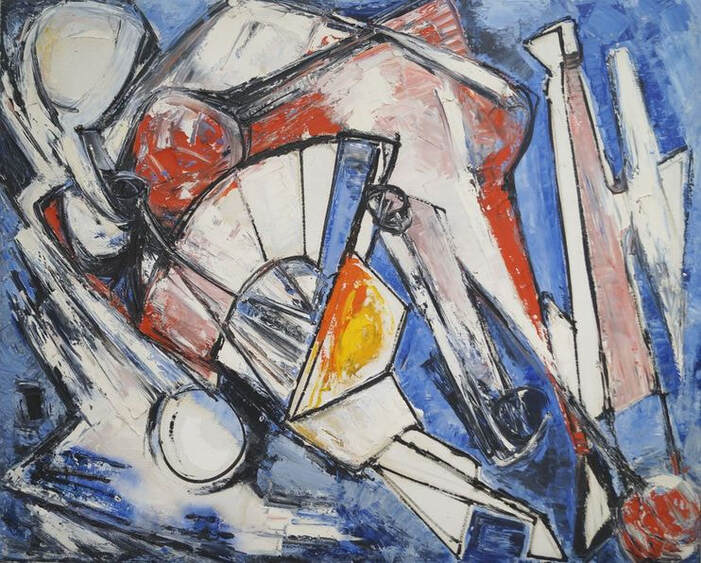 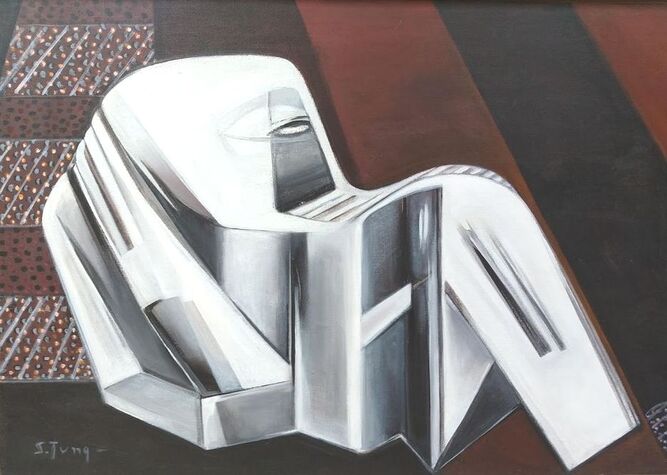 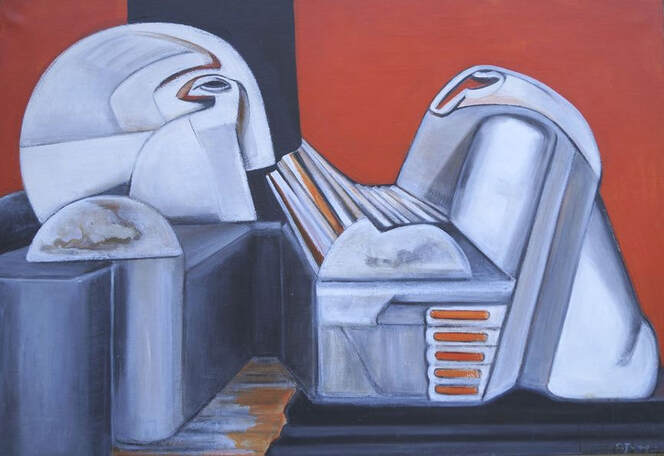 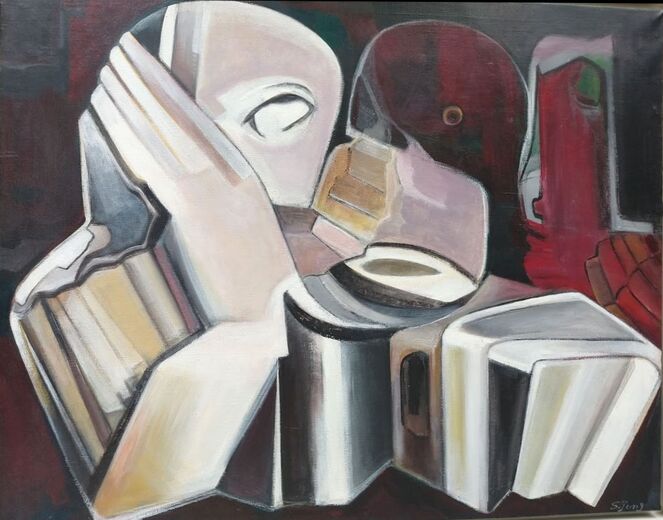 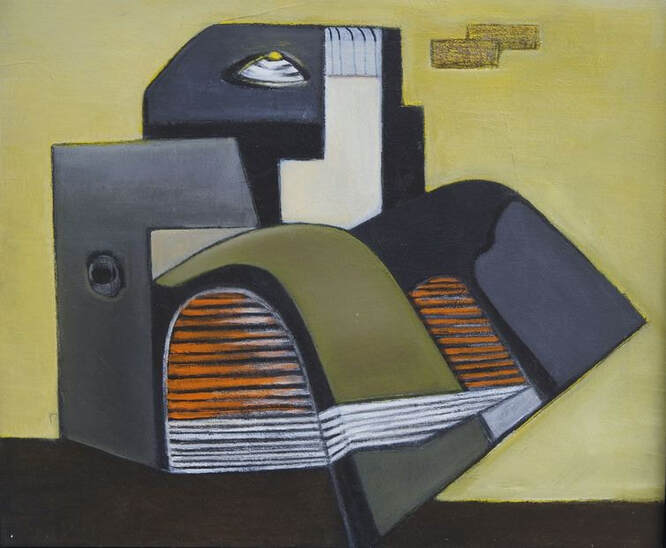 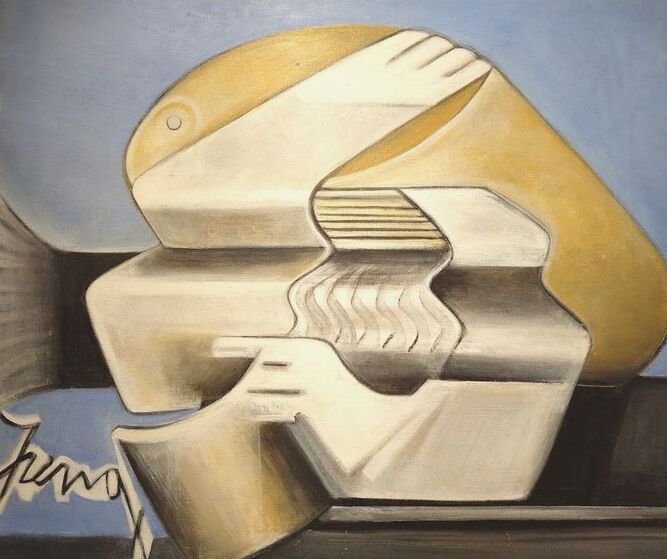 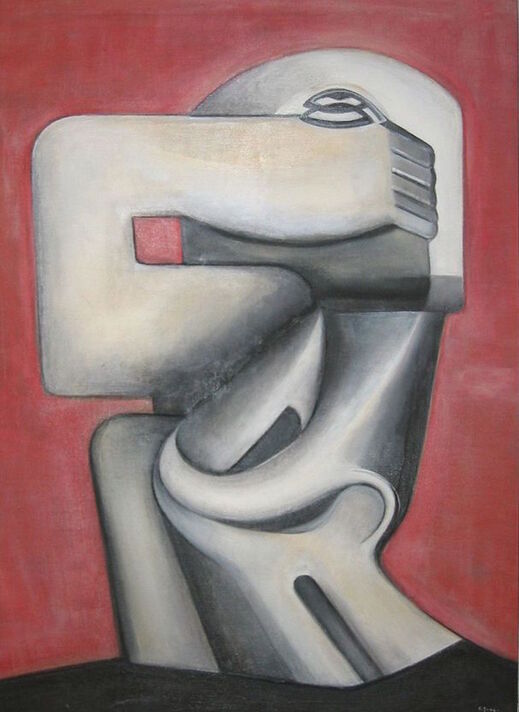 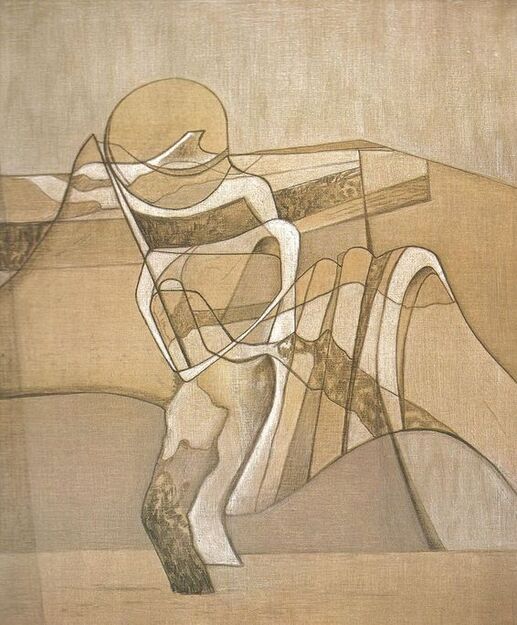 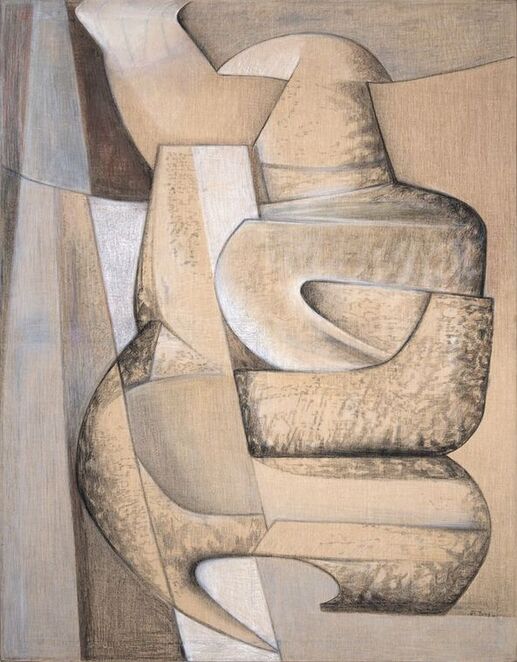 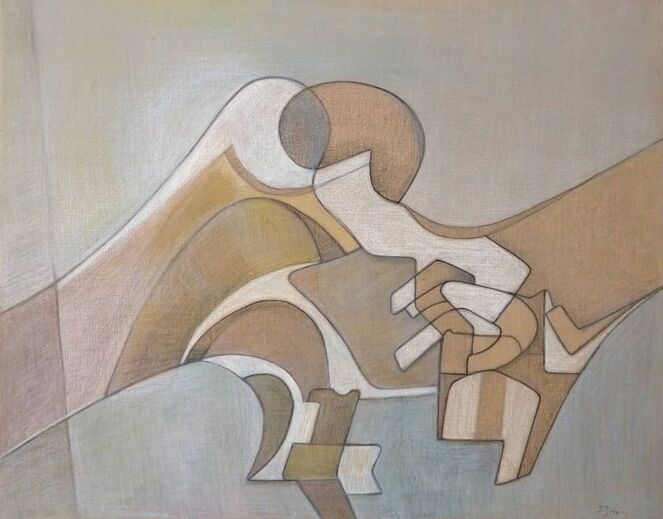 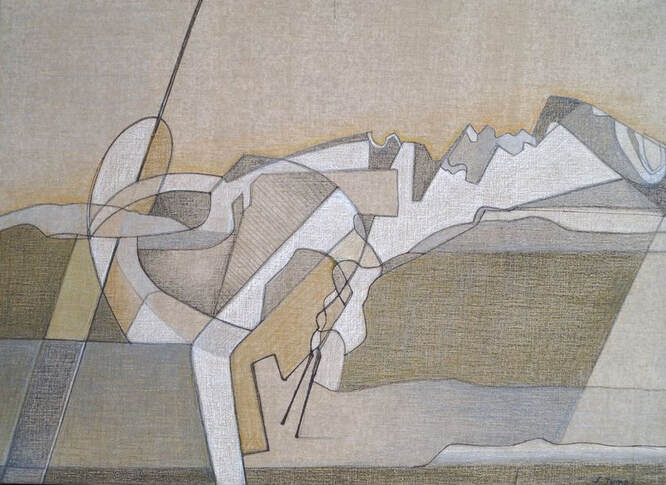 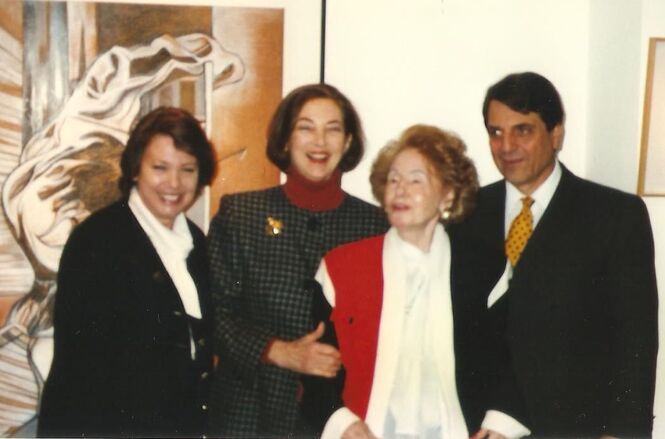 Opening of the S. Jung exhibition at Group 2 Gallery in 1996 under the patronage of italian Ambassador Francesco  Corrias 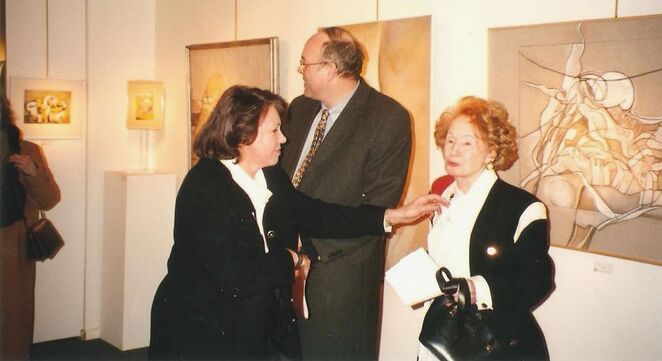 Simonetta Jung was born in Palermo, Sicily, in 1917. During her studies her favorite subjects were Art History, Philosophy and, above all, Science. Later she took a particular interest in the memoirs of Einstein, who foresaw the possibility that, through the intuition of artists, abstract art would be able to express complex and hard to perceive interstellary relations. With her so called "Forme-Luce" (1949-1956) paintings she held her first personal exhibition in 1954 in Milano, where she met Lucio Fontana, who called her paintings “spatial art”. She became a member of the Movimento Arte Concreta – Gruppo Spaziale. In 1955 she held solo exhibitions in Florence, Venice, Rome and in the famous Duveen-Graham Gallery in Madison Ave, New York. Her work entered into important american collections and museums. Jung creates a second cycle, called "Tensioni Formative" (1958-1971), closely related to abstract expressionism and Cobra. The artist states that the “Forme-Luce” and “Tensioni Formative” series represent the moments “before” and “after” the creation of earth respectively, hereby referring to the theories of Plato. After moving to San Francisco, the artist starts a new cycle of works entitled "Homo Novus" (1972-1979), symbolizing the human being turning into a robot. By the end of the seventies, she again altered her style, starting the "Elountha” series. Although her work has been crystallized in various distinct periods, they are in fact organically linked by a slow natural evolution. Works of Simonetta Jung are found in European and American private collections and museums : Columbia University, NY; Minneapolis Institute of Arts; Bruce Museum, Greenwich; Pratt Institute, Brooklyn; Stanford University Museum, CA; Brandeis University Museum, MA etc.
A fine book about Simonetta Jung by art historian Serge Goyens de Heusch was published in 1981.
​