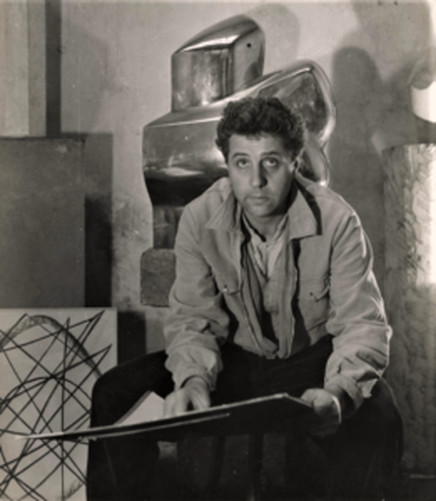 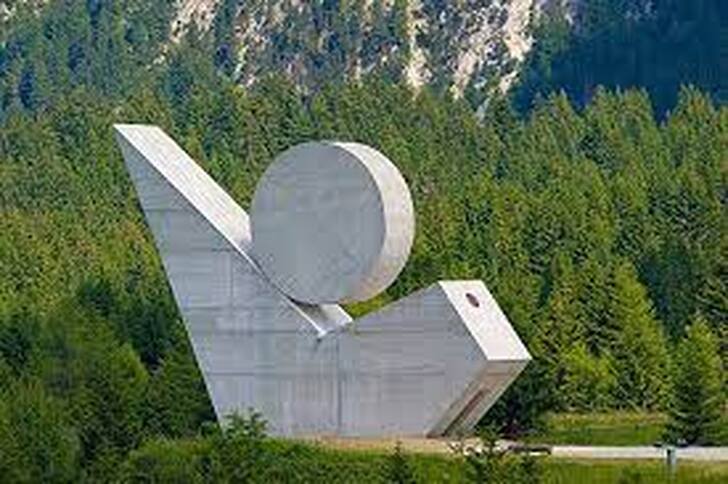 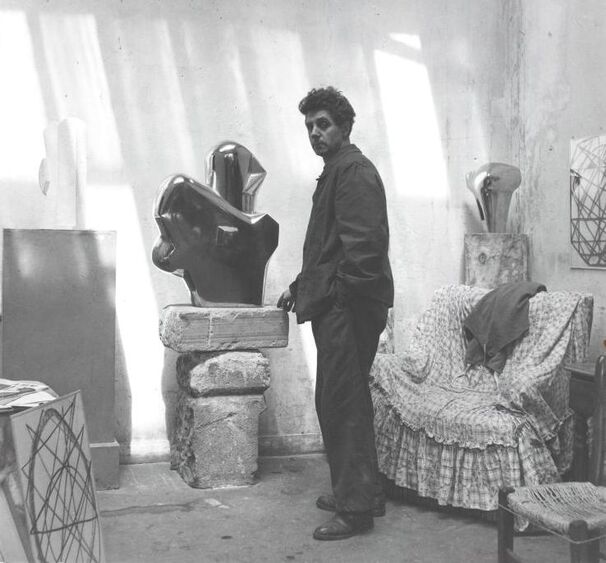 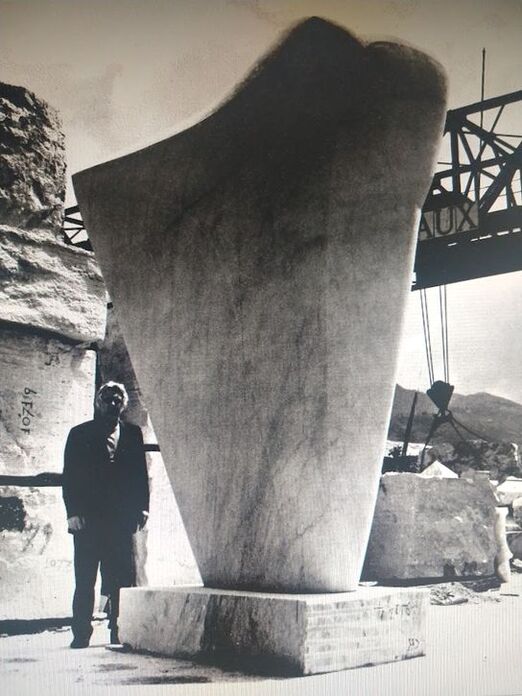 The artist and his white Seravezza marble monolith sculpture, 1970
Installed at the stamp printing company in Périgueux, Dordogne 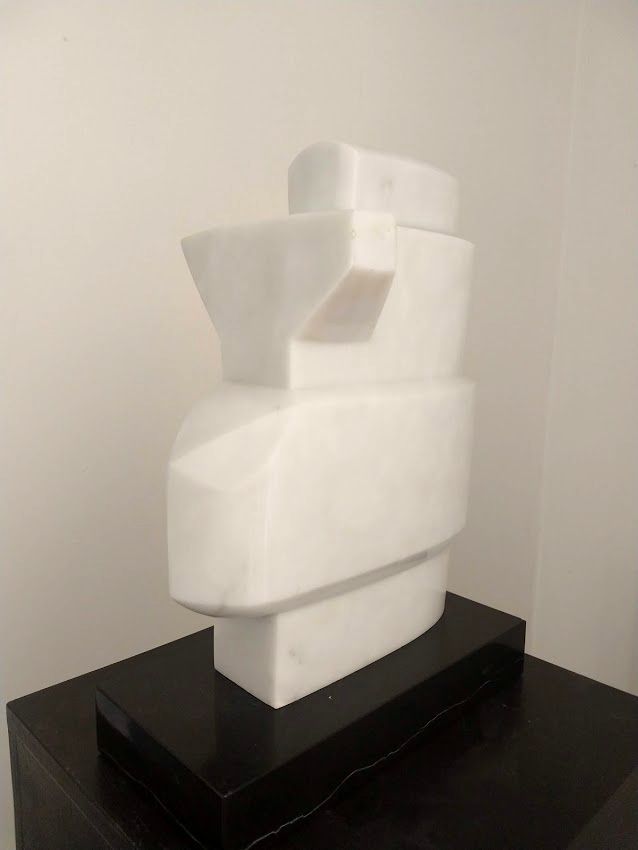 Emile Gilioli was born in a family of Italian shoemakers who had settled along the Canal Saint-Martin in Paris. After the First World War, the family moved to Nice. In 1932, Gilioli took courses at the École des Arts Décoratifs de Nice. During the Second World War, he was mobilized in Grenoble where he stayed the remainder of the conflict. He made the acquaintance of Andry-Fracy, curator of the Museum of Fine Arts of Grenoble and discovered cubism. After the war, Gilioli settled near Grenoble, where he sculpted in his workshop. His art was associated with the activities of the French Resistance. In 1947, Gilioli exhibited at the Salon des Réalités Nouvelles in Paris. In 1949, he took part in the first Salon de la jeune sculpture in the garden and chapel of the Musée Rodin in Paris. From 1954 onwards, Gilioli took part in a large number of collective exhibitions and exhibited in prestigious galleries such as Denise René, ​Louis Carré & Dina Vierny. In 1997 to mark the 20th anniversary of Gilioli's death, the municipality of Saint-Martin-de-la-Cluze near Grenoble decided to acquire his house and workshop as a tribute to the artist's memory. In 2004, the workshop/house was turned into a museum/library which hosts a permanent exhibition of Gilioli's works. In 1997 the ​Musée Maillol in Paris organized an exhibition in his honor. Works by Gilioli are found in the permanent collections of the Museum of Modern Art in New York, the Tate Gallery in London, the Sao Paulo Museum of Modern Art, the Centre Georges Pompidou and the Musée National d'Art Moderne in Paris and in the Antwerp open air sculpture museum. The National Resistance Monument in the Savoie was inaugurated in 1973 by André Malraux. The dimensions of the 65 tonnes monument are impressive : 15.20 meters high, 4 meters wide and 21 meters long. It is not a monument to the dead, but rather a symbol of hope. Gilioli wanted to create a architectural sculpture that expresses the commitment of Glières' fighters and remains in harmony with the surrounding mountains which lengthen it further by their ridge lines. The monument soars like a V of the victory. One of the two arrows shoots up towards the sky as a sign of hope. From the monument comes a solar disc symbolising rebirth and liberty. Its surprising balance reminds us that liberty, always under threat, constantly needs to be secured. The other arrow looks as if it has been snapped off, representing the fact that all victories bring struggles, suffering and death. The monument was conceived as a whole, with the mast and the Pleureuses (mourners) marking the entrance to this site. The interior of the monument was planned as a sacred space. In the back there is a shining statue in the shape of a flame; it also points an arm towards the sky, whilst the other, like the statue, is truncated. The head of the statue is marked by the cross of Christ. It represents Joan of Arc and was offered by Gilioli who had originally made it for the city of Florence. It was the sculptor's aim to bring the concepts of Joan of Arc and the fighters of Glières together to evoke the idea of a resilient France.