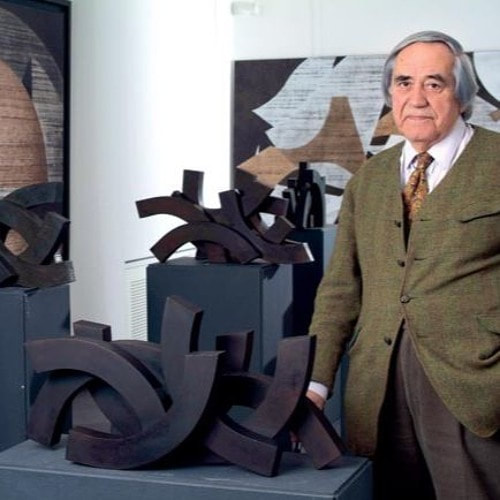 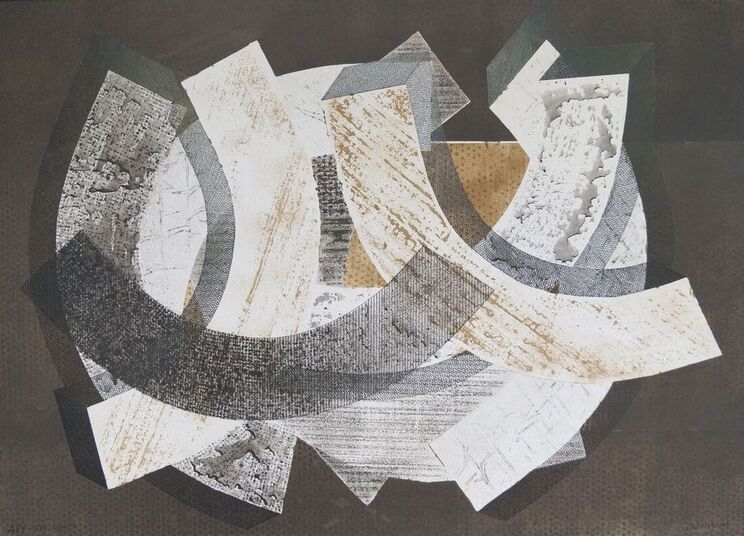 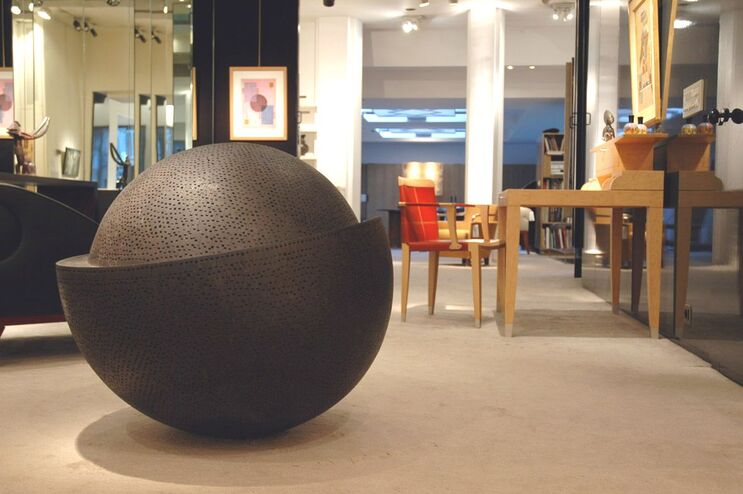 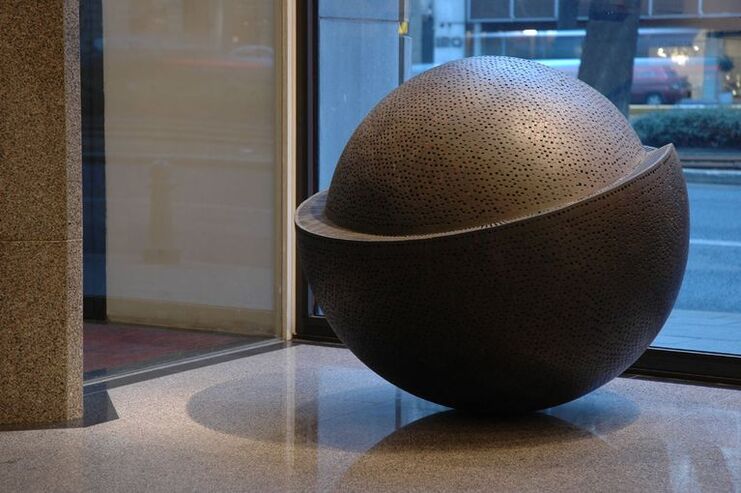 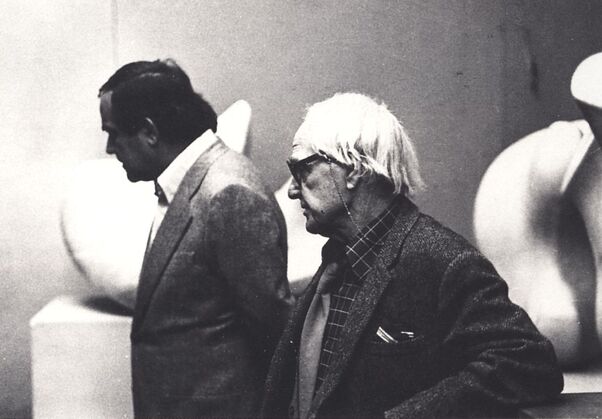 Dzamonja visiting Henry Moore in his atelier in 1976 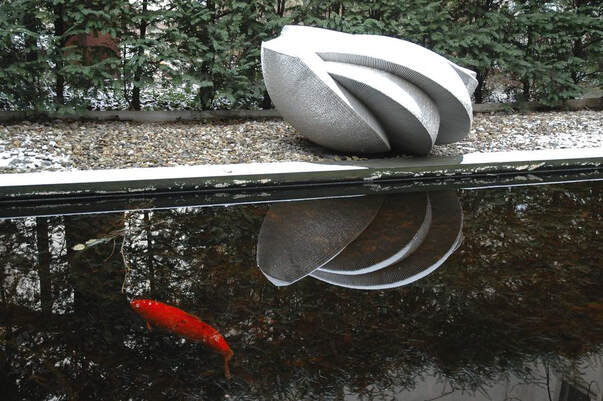 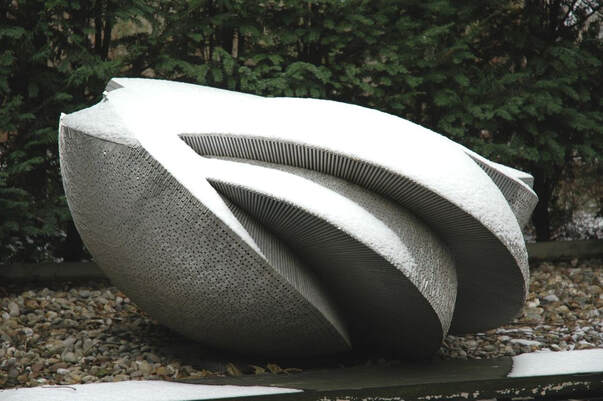 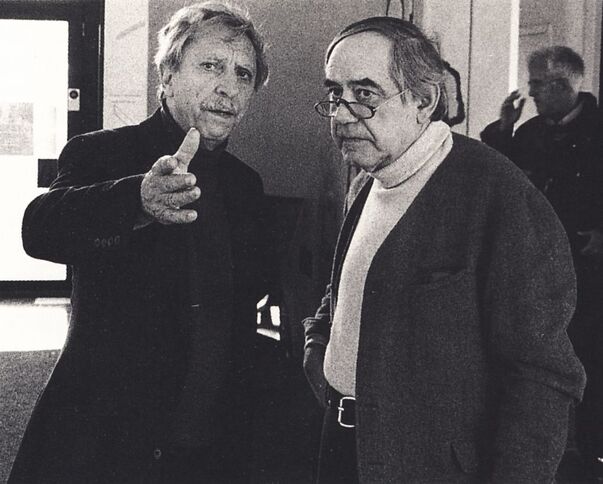 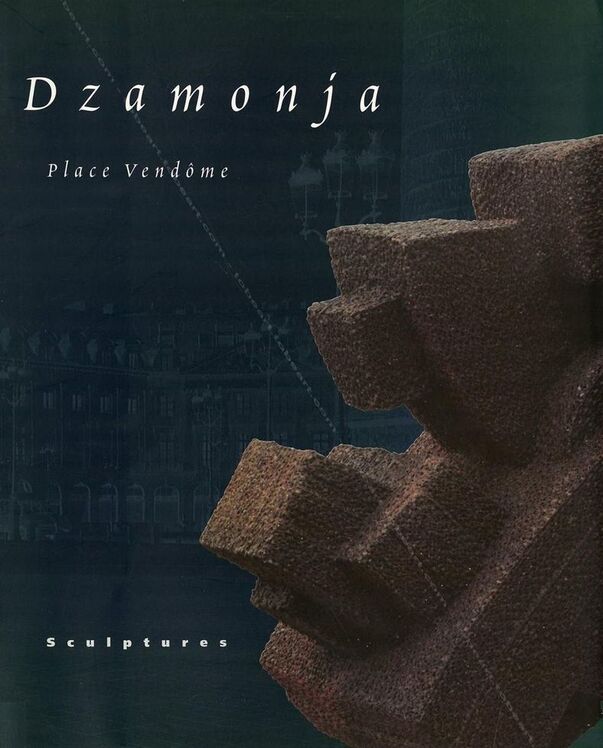 A book about Dzamonja published on the occasion of his show at Place Vendôme, Paris, 1998

Dusan Dzamonja was undoubtedly the best known and most prominent croatian sculptor of the XXth century.
Born in 1928 in Strumica (Macedonia), he enrolled in 1945 in the Fine Art Academy of Zagreb, where he studied sculpture and graduated in 1951. A few years later he opened his own studio in Zagreb, focusing on drawing and sculpture. His first wooden sculptures were figurative, but he gradually moved towards abstraction through a simplification of forms. This development was partly due to the influence of Henry Moore’s work. From 1957 the artist started using such diverse media as nails, wood and glass. After participating in the 1960 Venice Biennale, his work was exhibited extensively abroad. Dzamonja became interested in geometric forms, especially circles and ovals, and after 1967 he started producing a tapestry series using metal wire. Džamonja also received many public commissions to create memorials for victims of the partisan resistance and those who suffered in concentration camps. The Barletta Ossuary, near Ban, was finished in 1970, and his monument in memory of the battle of Kozara was completed in 1972. These were both conceived on an architectural scale. Džamonja has also created a sculpture park in Vrsar and has taken part in many solo and group exhibitions, including the Biennale des Jeunes, Paris, the São Paulo Biennial and the San Marino Biennial. Among the many honors he has received, the artist was awarded the Rembrandt Prize from the Goethe Foundation, Basel, in 1977. His work is held in museum collections worldwide, including the Museum of Modern Art, New York, the Tate Gallery in London, the Musée national d'art moderne in Paris, the Boymans-Van Beuningen museum in Rotterdam, the Kroeller-Müller museum in Otterlo, the Middelheim sculpture park in Antwerp etc.. In 2004 the city of Brussels paid tribute to Dzamonja with a monumental sculpture show on Place Poelaert (Justice Palace) and at CIVA (Center for architecture). Dzamonja passed in Zagreb in 2009.