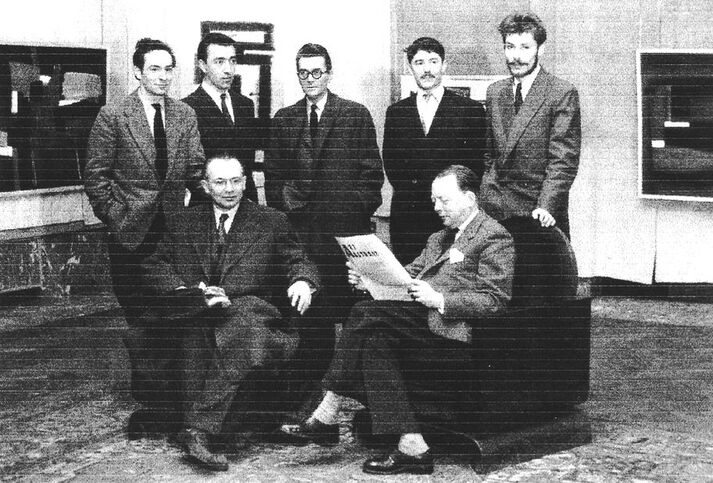 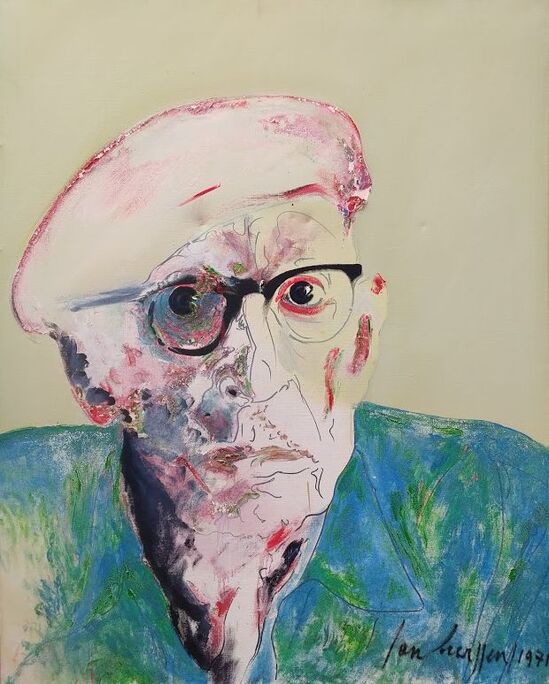 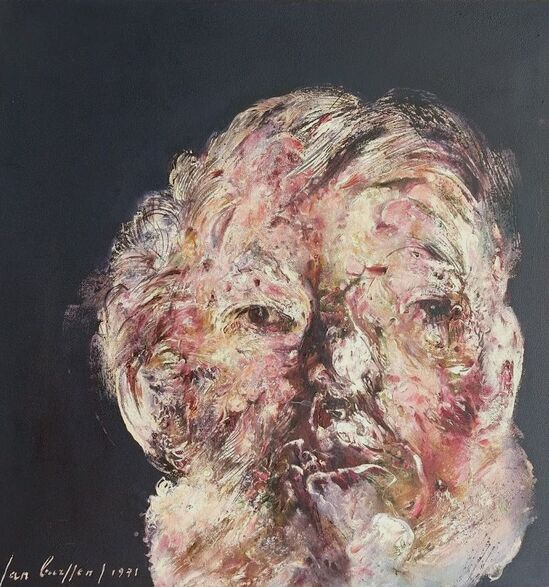 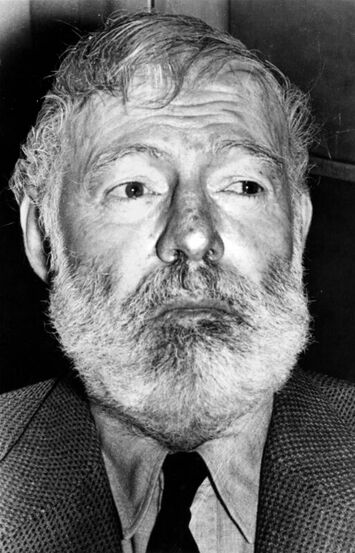 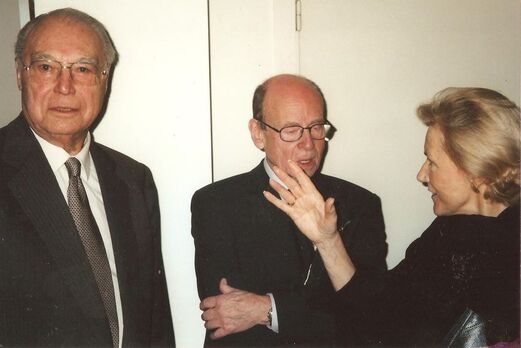 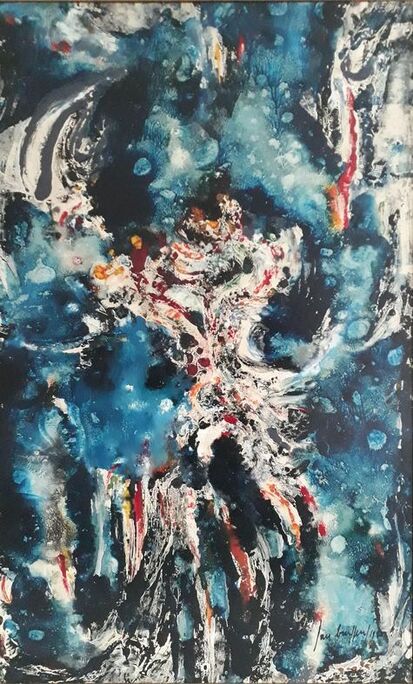 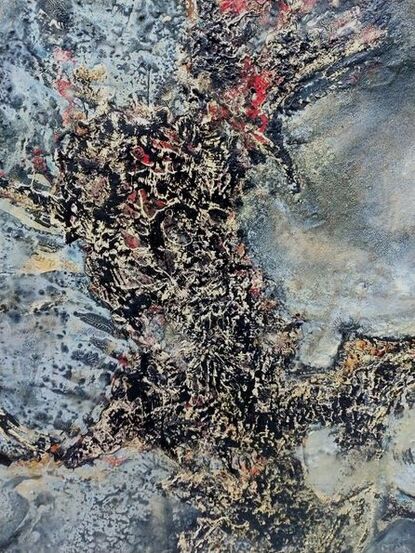 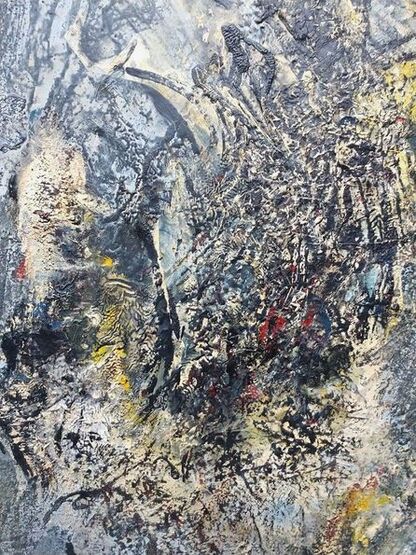 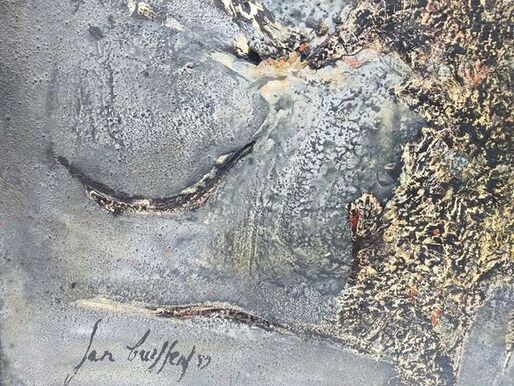 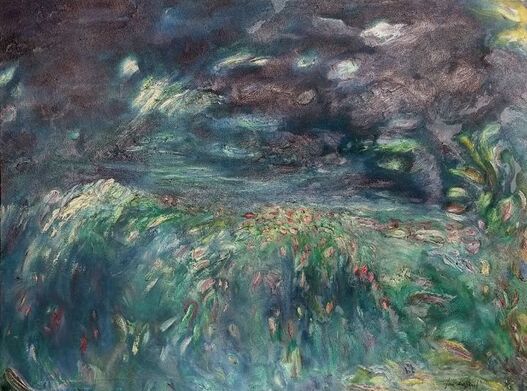 "Moonlight at the canal" 1970's, Oil on canvas (Sold)
Former collection Oscar Mairlot
One of a series of paintings the artist made to prepare a monumental work in the Brussels Underground Station "Black Lakes". 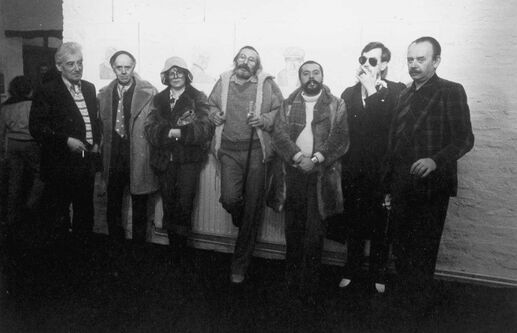 Jan Burssens, born in Mechelen in 1925 was a self-taught artist and intellectual. He was first influenced by the work of belgian surrealist-expressionist Frits Van Den Berghe but started to paint abstract works in 1947. He experimented with materials such as sand and lacquer, using hereby the dripping technique at an early stage, before having seen the works of Jackson Pollock. Later on he found inspiration in the work of Francis Bacon. In 1952 Burssens became a founding member of the group "Art Abstrait" together with a.o. Jo Delahaut, Jean Milo and Pol Bury. Although he made a number of geometric abstract paintings, he felt more at ease in the field of lyrical abstraction. Burssens was invited to participate at the international modern art exhibition in Brussels in 1958 (Expo '58) and at the Venice Biennial. The same year he made a 4 month trip to New York where he discovered Pollock's work and where he met Franz Kline, Robert Motherwell and Mark Rothko. In the 1960's he started painting portraits of celebrities like Che Guevara, Kennedy, Rembrandt, Picasso and Giacometti, with an incessant quest of revealing their inner psyche on canvas. Bursens also made a large number of self-portraits.
Emeritus Prof. Dr Willem Elias, who has known the artist very well, points out that Burssens was very interested in the existentialist theories of Jean-Paul Sartre and Sigmund Freud's investigations about the interpretation of dreams.
​Works by Burssens are found in the permanent collections of the ​Guggenheim​ and MOMA museums in New York, the Boymans-Van Beuningen Museum in Rotterdam and the Museums for Modern Art in Brussels, Ghent, Liège, Antwerp & Warschau. Burssens passed in Merendree, Belgium, in 2002.