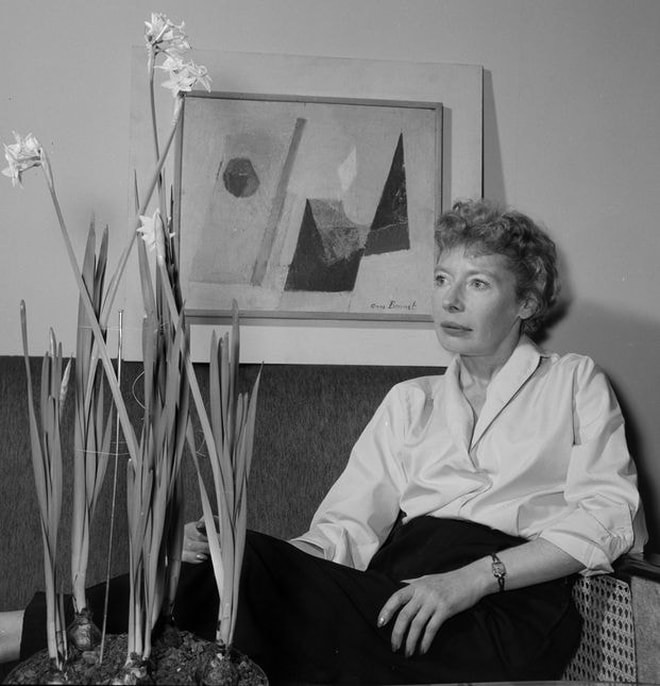 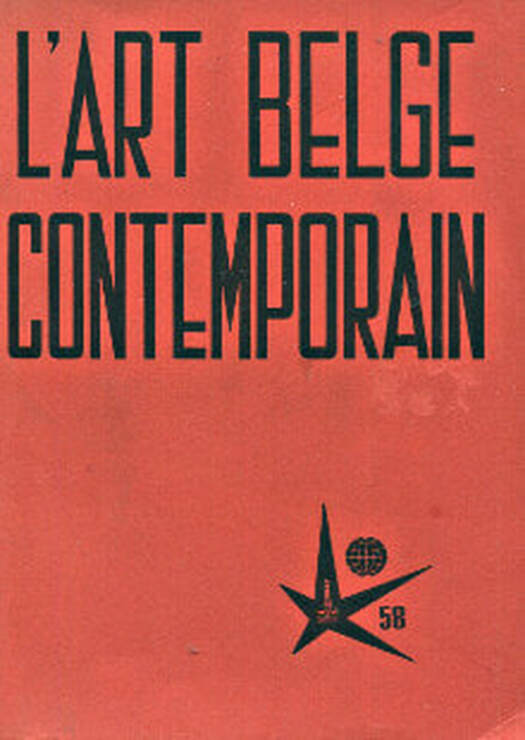 Exhibition of "Belgian contemporary art" in Pavilion VII" during Expo '58 at the Heysel in Brussels
Three paintings by Anne Bonnet lent by Maurice Houyoux, head architect 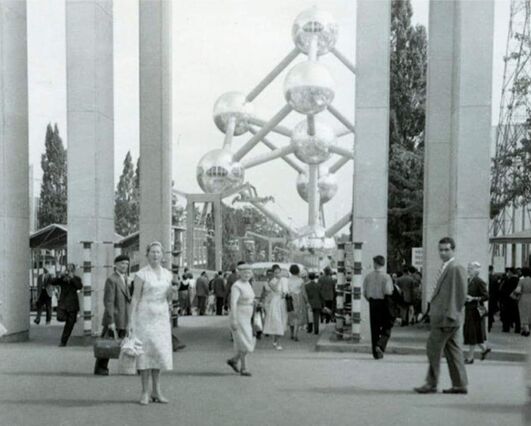 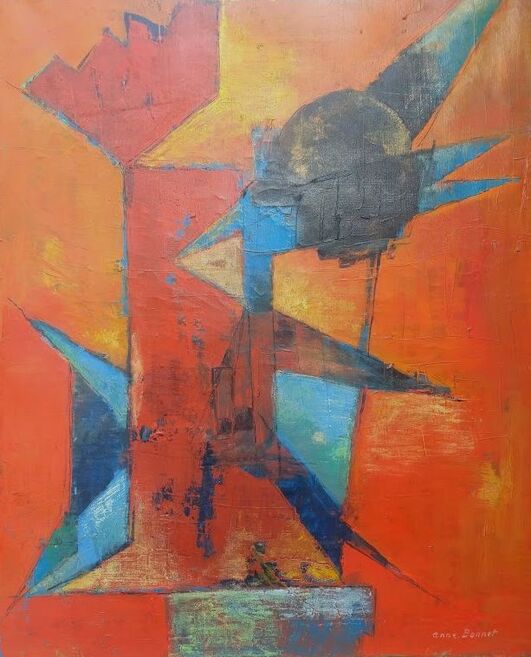 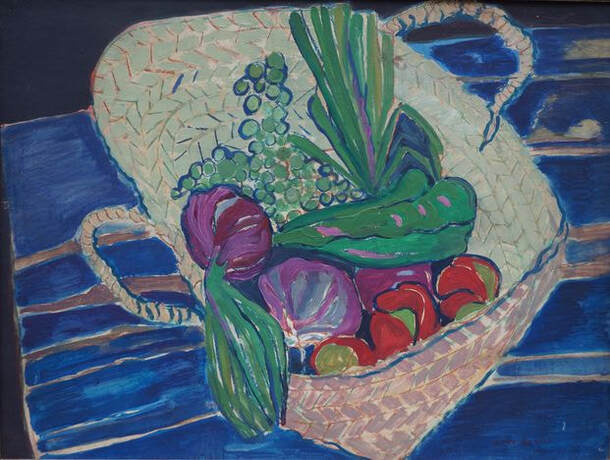 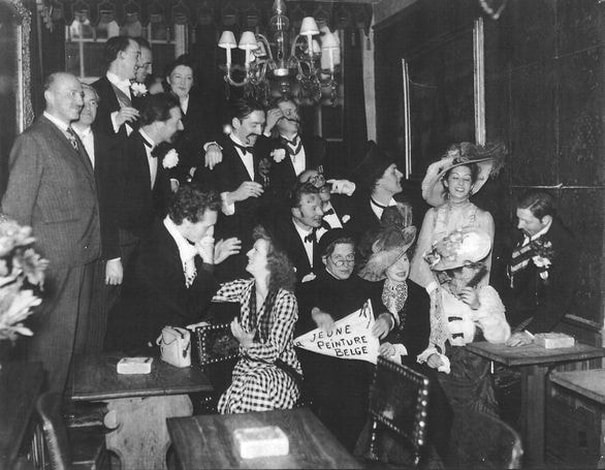 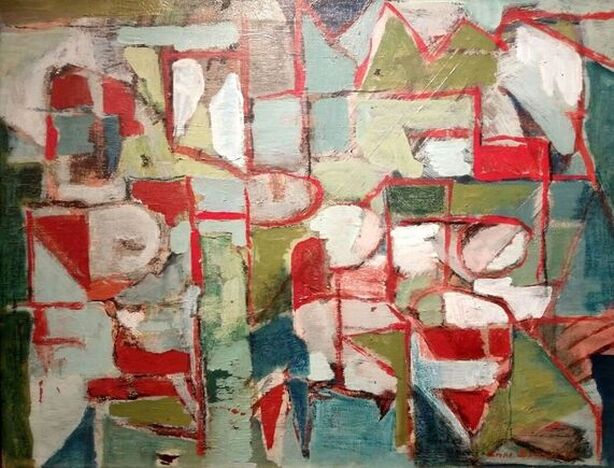 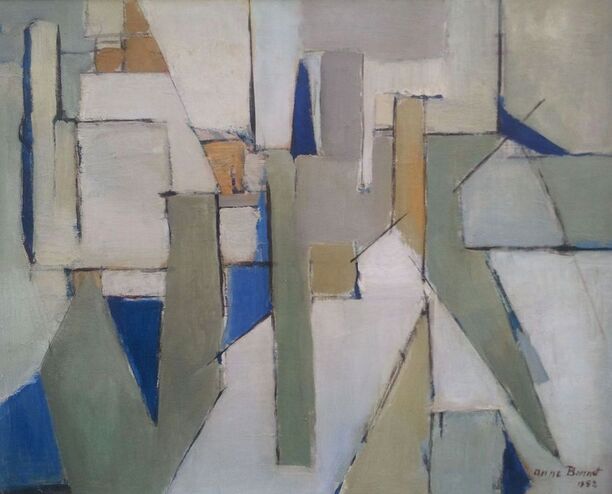 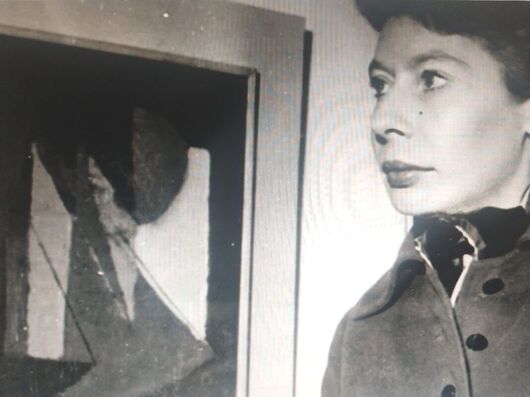 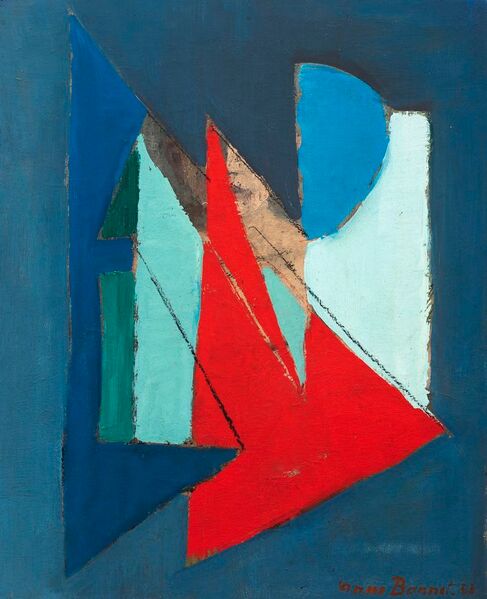 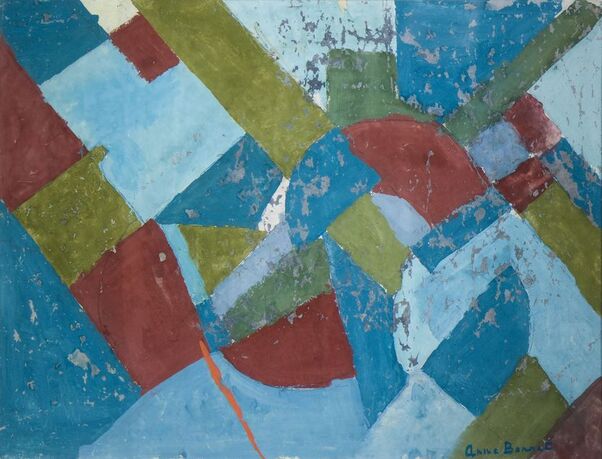 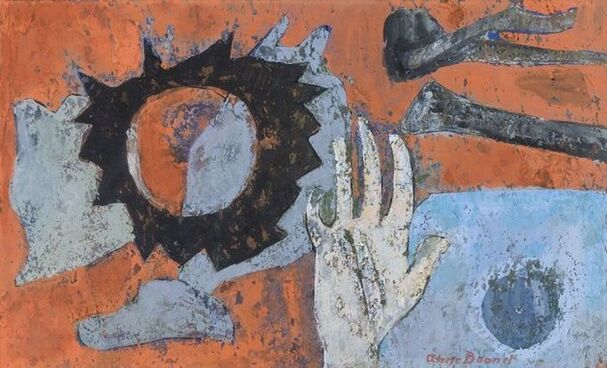 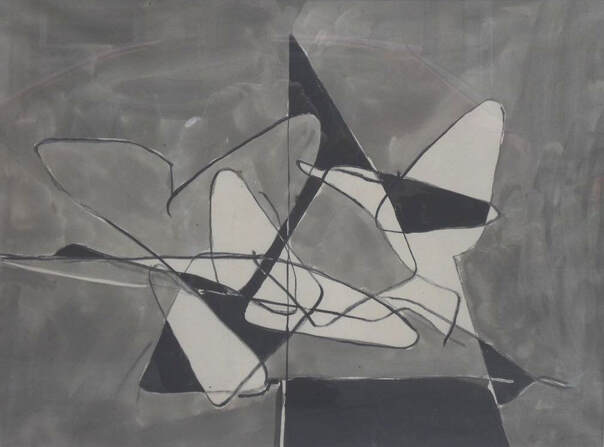 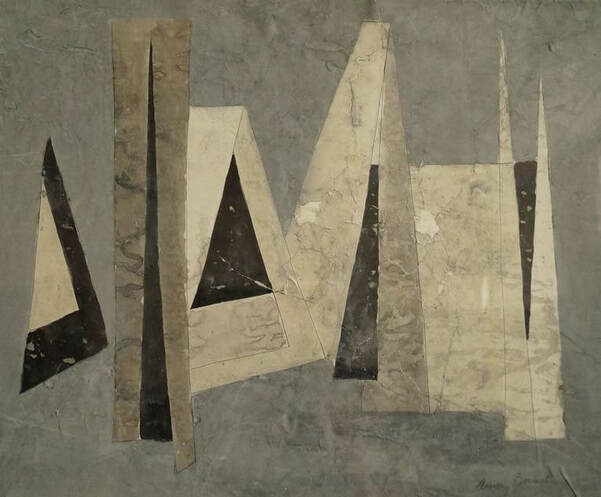 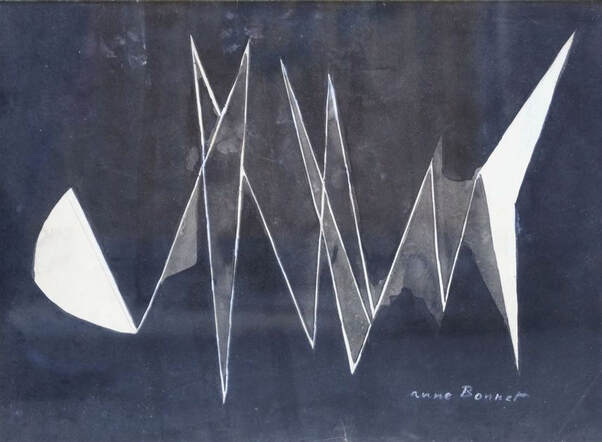 Anne Bonnet (Brussels 1908-1960), was educated at the Academy of Brussels and Saint-Josse-ten-Noode (Professor Jacques Maes), where she became friends with Louis Van Lint and Gaston Bertrand.  Her first solo exhibition was held at the Palais des Beaux-Arts in Brussels in 1941. In 1945, she was a founding member of the ”Jeune Peinture Belge”
(Young belgian painters) and in 1948 she exhibited at the famous Gallery Apollo. The first period in the work of Bonnet was inspired by animism. Under the influence of the “Young French Painters”, she later integrated elements of postcubism in her work.  In  1948-49 she was inspired by urban landscapes she had seen during her travels, making use of a series of rythmic plans modulating the entire surface of the canvas. Around 1950 Anne Bonnet started to make abstract works and in 1952 she became a founding member of the group "Space", which promoted non-figurative art.
Group 2 Gallery has been promoting for several decades Bonnet's oeuvre and has exhibited and sold many important paintings, gouaches and watercolours. Feel free to contact us by mail group2gallerybrussels@gmail.com or by phone 02 539.23.09 for more information or if you wish to sell one of her works.
A new book "Anne Bonnet : le territoire de la peinture" by Marcel Daloze has been published by Ludion. You can order it here
​An exhibition about Anne Bonnet is organized by the Marthe Donas museum in Ittre, Belgium from November 26  2022 to January 29, 2023. More info at www.museemarthedonas.be