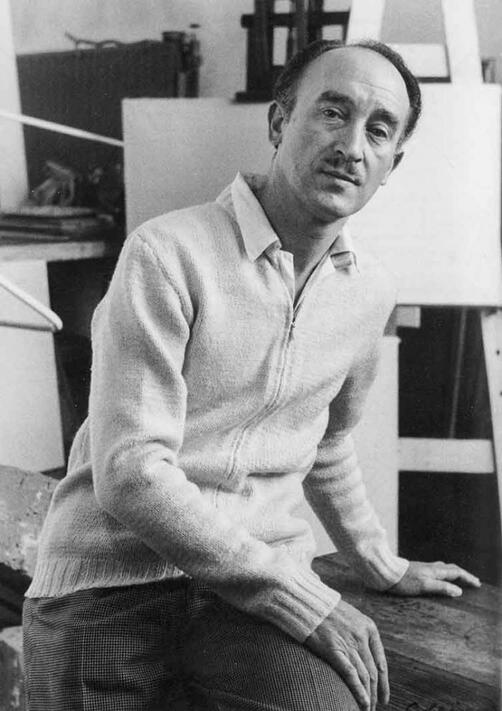 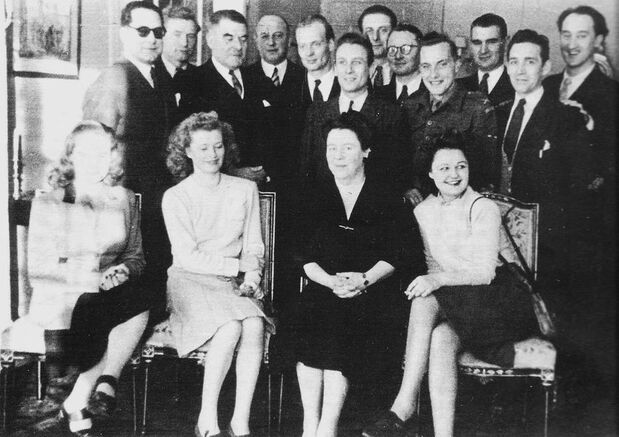 In 1947 the "Jeune Peinture Belge" exhibited in Stockholm and gathered at the belgian Embassy.
Gaston Bertrand is standing first from right. In the middle are Marc Mendelson, Georges Collignon & Louis Van Lint.
Mig Quinet is seated second from left, Odette Collon is at the right. 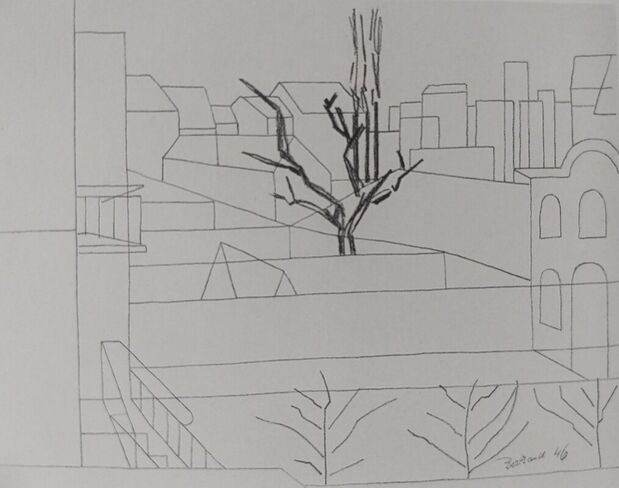 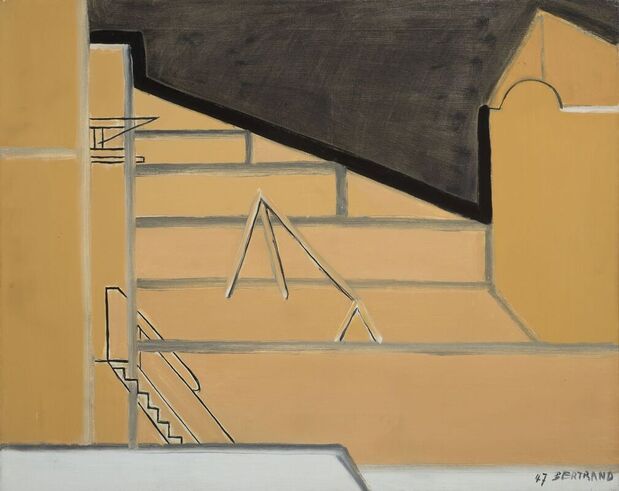 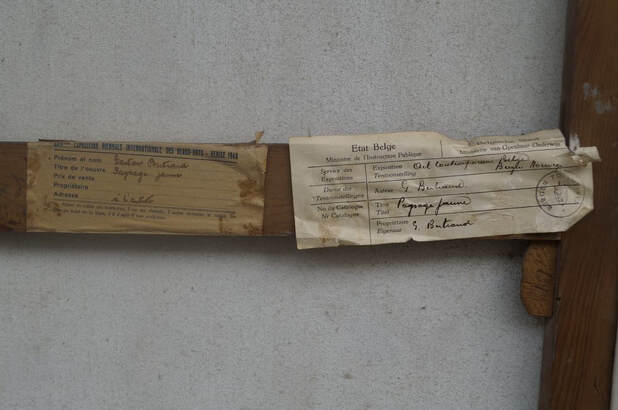 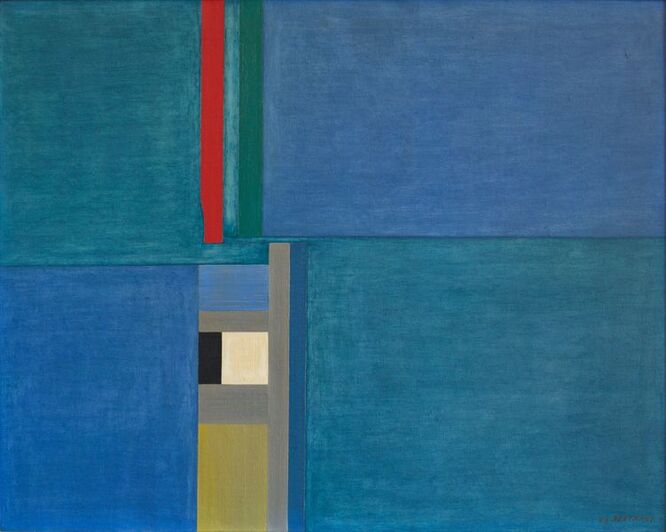 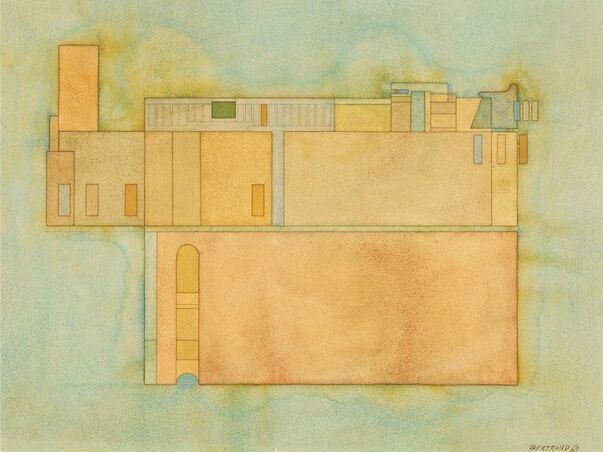 "Volontaires - Volunteers, Paris" 1962, Watercolour on pure cloth, 49 x 65 cm
Bertrand was fascinated by the architecture of Paris. This street is near Montparnasse station.
Available, call 02 539.23.09 or mail group2gallerybrussels@gmail.com 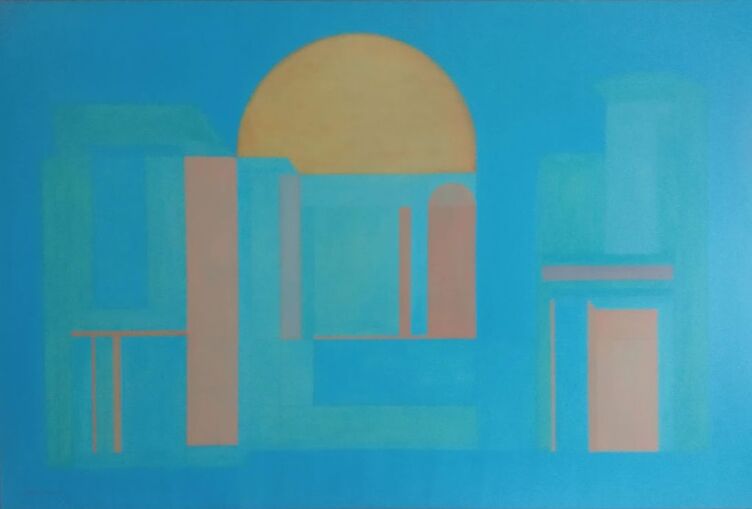 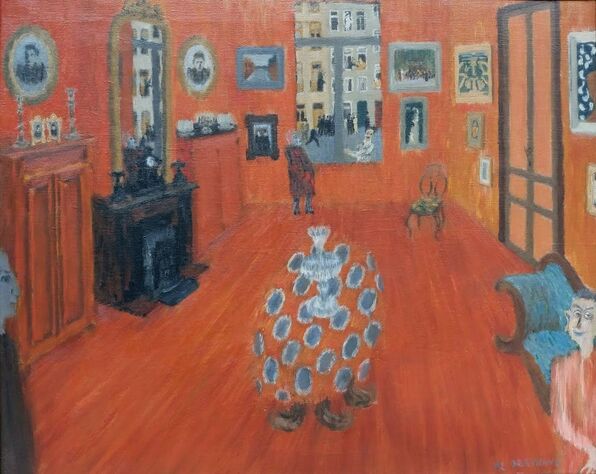 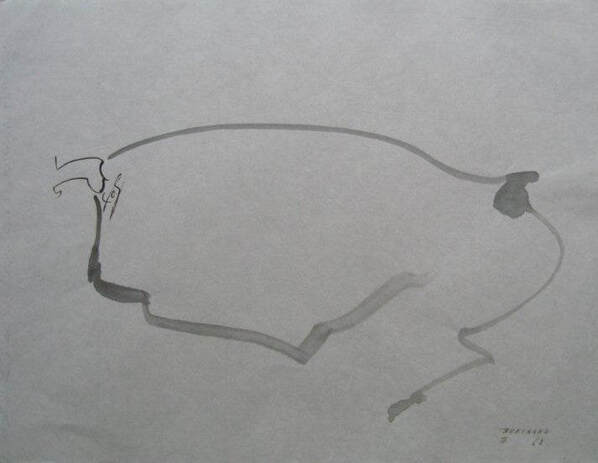 Gaston Bertrand was born in the belgian province of Liège. He studied at the Fine arts Acadamy in Brussels where he met a.o. Anne Bonnet and Louis Van Lint. His first personal exhibition was organized at Galerie Dietrich in Brussels in 1942. In 1944 Robert Delevoy exhibited his works in his famous Apollo Gallery in Brussels in 1944. In 1945 Bertrand became one of the founding members of the group "Young belgian painters" - "Jeune Peinture Belge". Bertrand became one of the best known belgian artists of his generation and many influential people, such as the banker Bénédict Goldschmidt and his wife Alla, Mrs Marie Solvay, Minister ​Pierre Wigny, several lawyers etc..ordered their portrait from the artist. In 1953 and 1958 the ​Stable Gallery in New York organized personal exhibitions of his works. Bertrand was fascinated by the architecture he discovered a.o. in 1953 in Rome, Florence (above all the Medicis Chapel designed by Michelangelo​), Milan, Bologna, Sienna and later in the Provence and in Spain (Costa Brava and Alatamira). The artist made a large number of almost abstract drawings, watercolours, gouaches and oil paintings inspired by these architectural landmarks. Bertrand synthesized what he had observed by focusing only on the essential. From 1959 to 1966 Bertrand made a series of works inspired by the underground in Paris. In 1974 the Royal Museum of Fine Arts of Belgium directed by Philippe Roberts-Jones organized an important retrospective of Gaston Bertrand. The artist participated at several Biennials in Venice and Sao Paulo. Bertrand passed in Brussels in 1994.