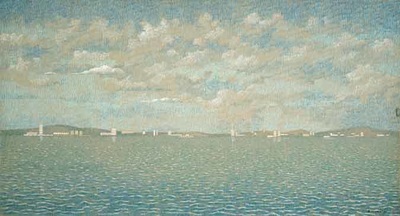 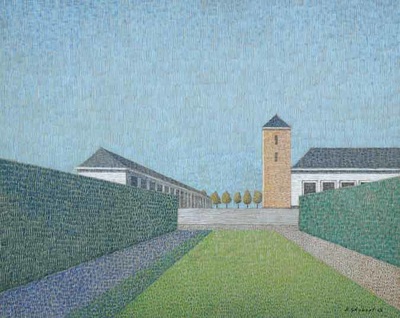 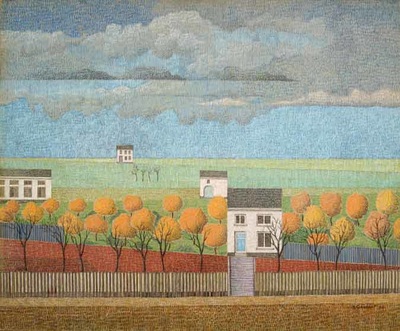 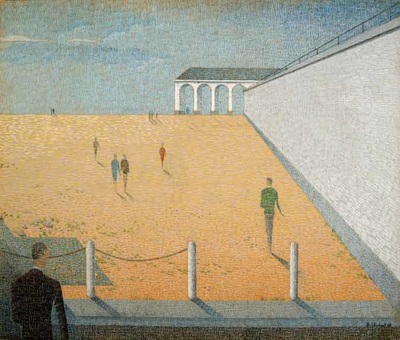 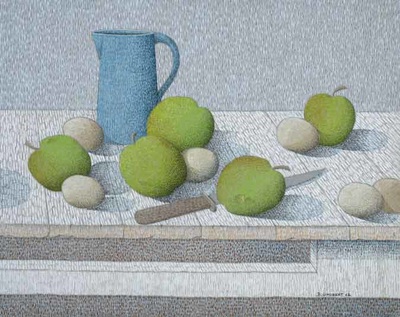 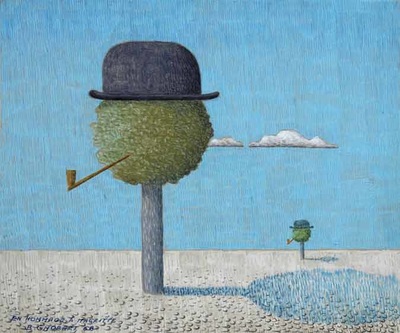 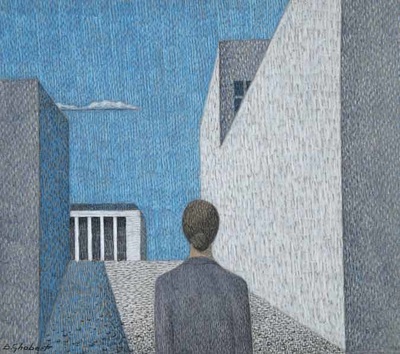 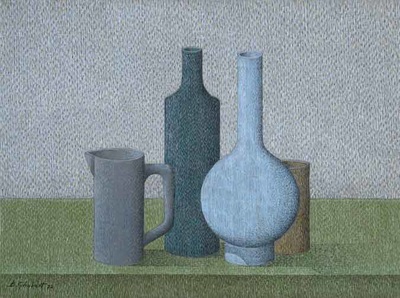 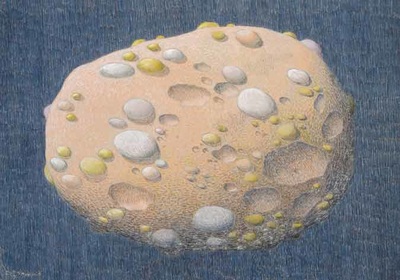 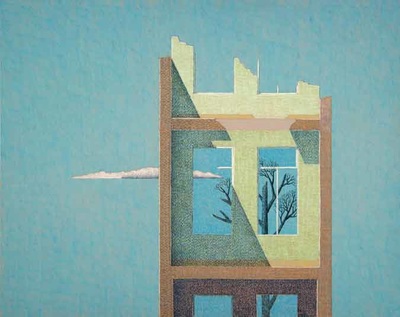 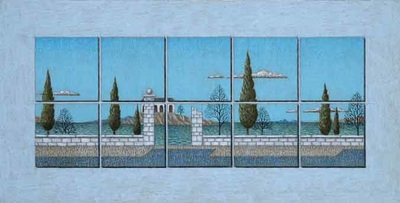 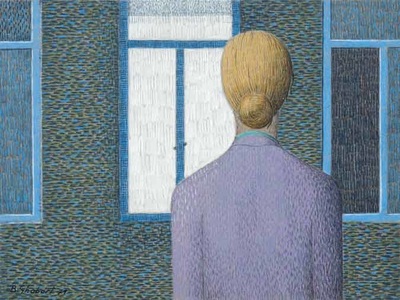 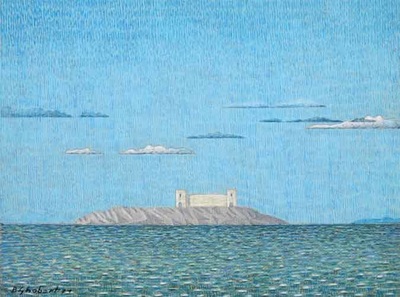 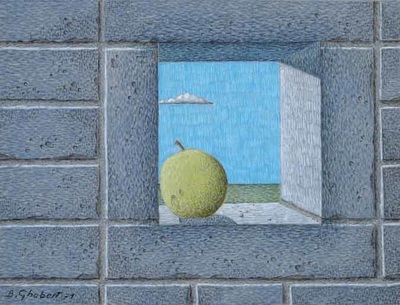 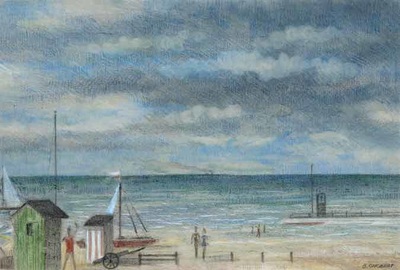 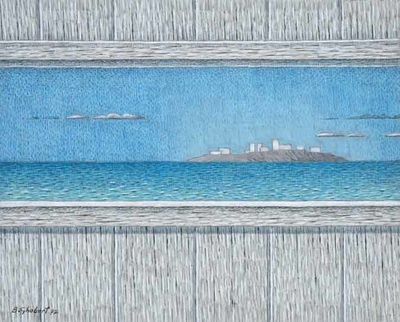 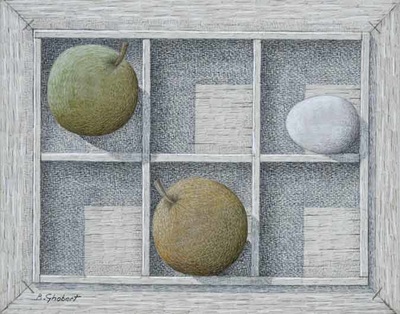 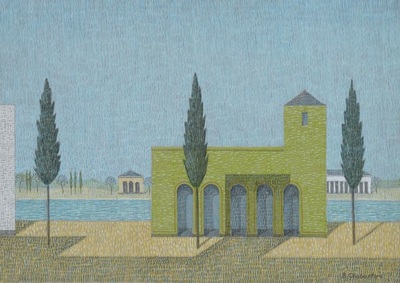 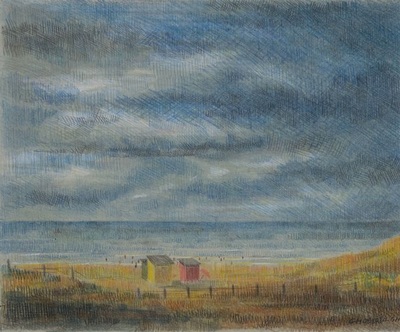 ​The universe of Bernard Ghobert is a static world where absolute silence reigns. Nothing moves, nothing disturbs the mysterious atmosphere of deserted streets, walled gardens. It is a frozen world where the presence of a living being is rare. Man is almost invisible, the sea is always calm, the trees are still bare, houses are empty. His fanciful castles have something unreal, which confuses the spectator.

The artist uses timeless images, arranged in a meticulous order, evoking an unreal world. Should Ghobert’s works be labeled as metaphysical ? Morandi, Delvaux and Giorgio de Chirico are not far away, but Ghobert has definitely developed a personal and unique style and technique. The rigor, intimism, serenity, elegance and nobility of his art make us look at his dream world with a new set of eyes, the eyes of a poet.

Ghobert said "I think one should learn to “read” a work of art. A drawing or painting should include an element of mystery, appealing not only to the eye, but also to the heart and spirit".

According to Serge Goyens de Heusch "Bernard Ghobert makes us discover a world of empty spaces and silence, elevating the use of coloured pencils from our childhood to a pictorial oeuvre which is worthy of the Masters”.

After the exhibition “Bernard Ghobert : a World of Silence” in 2009, GROUP 2 GALLERY organizes  a second one-man show of this great artist.
^ top