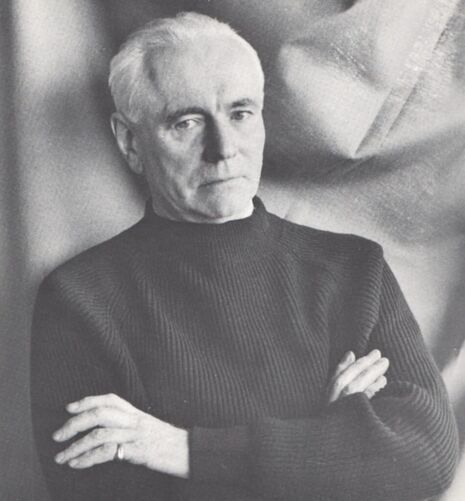 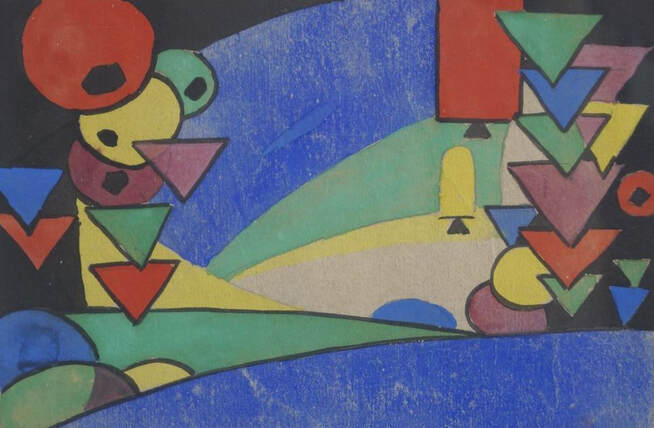 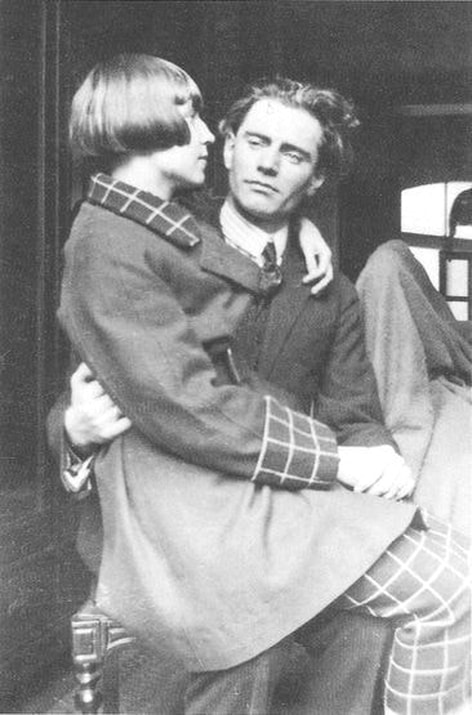 Baugniet and his wife ballet dancer Akarova in 1923 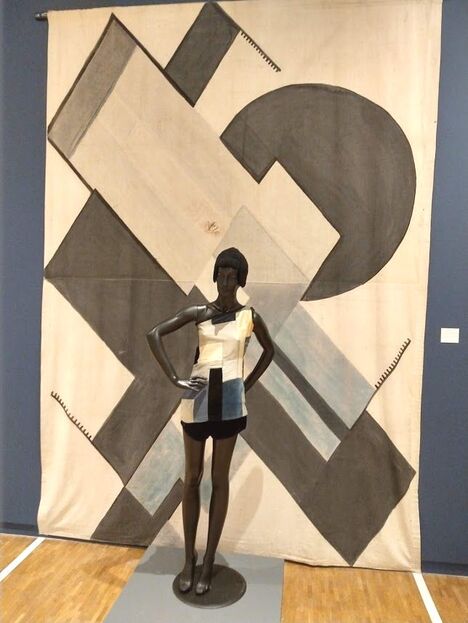 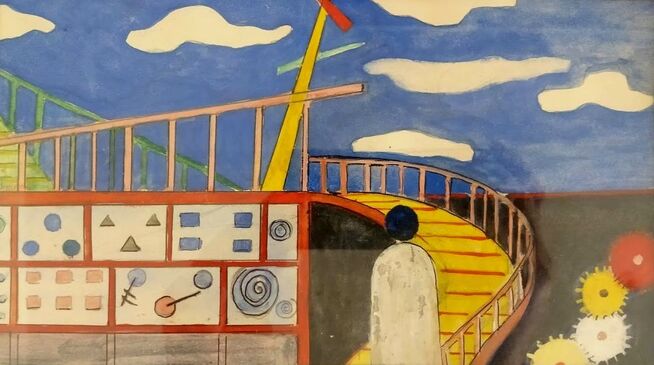 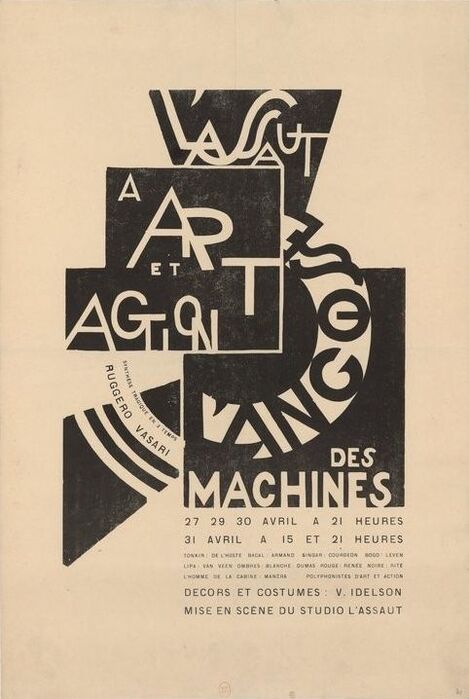 Poster for the play "L'Angoisse des Machines" by R. Vasari, 1926 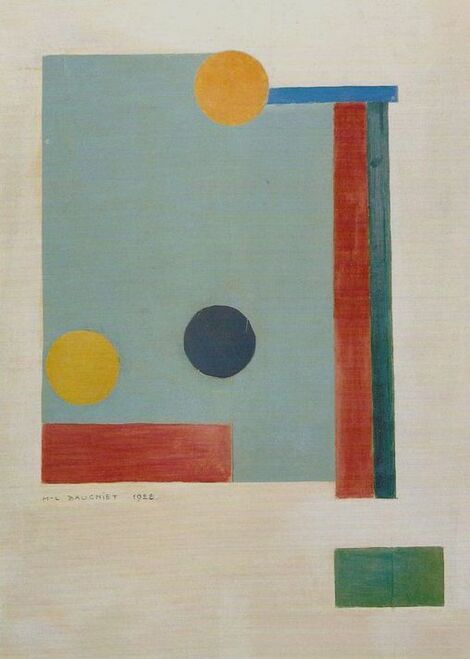 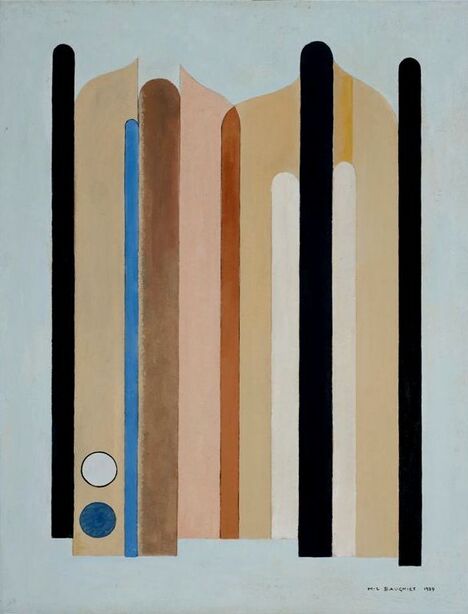 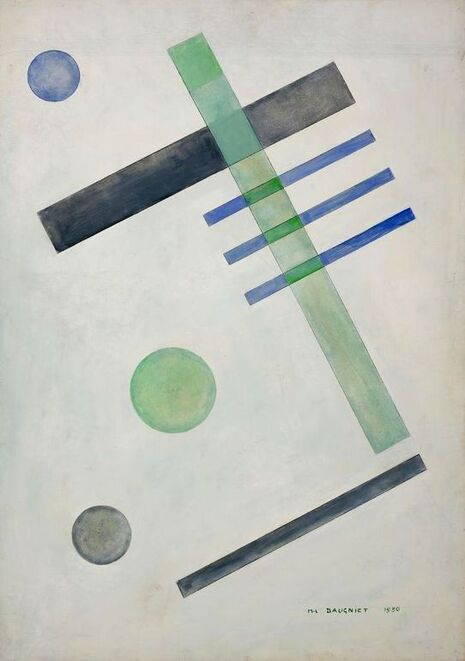 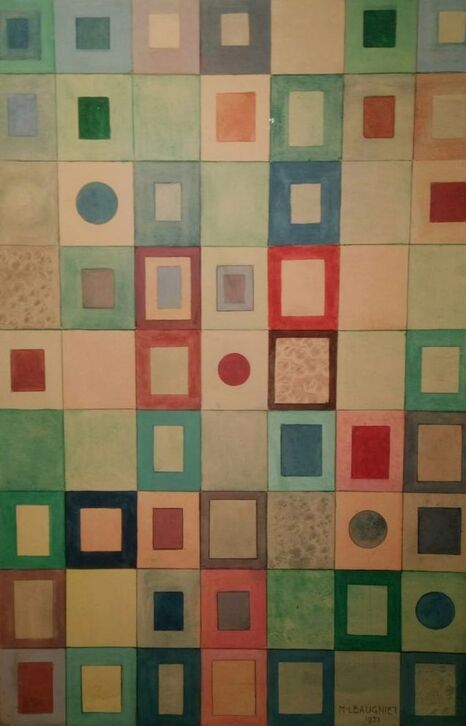 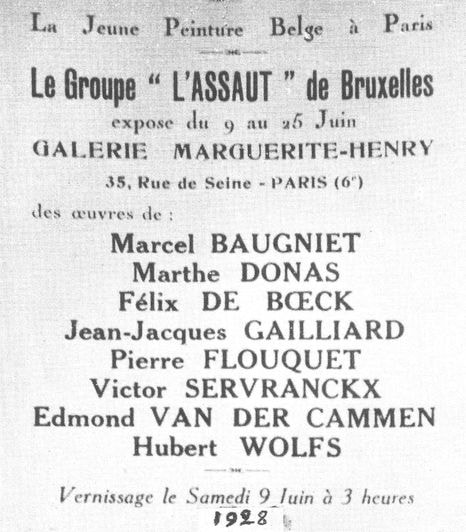 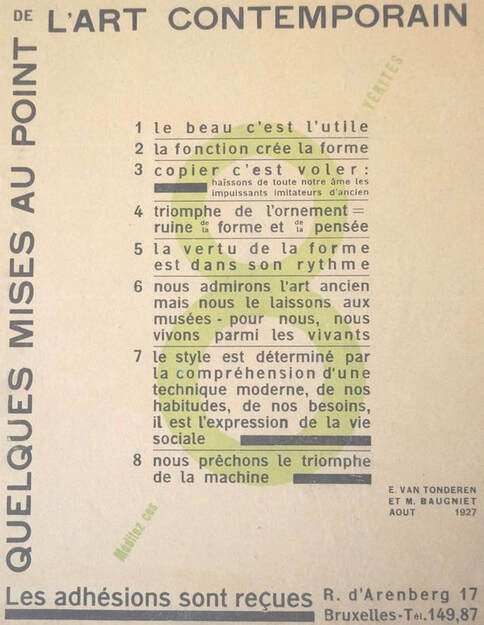 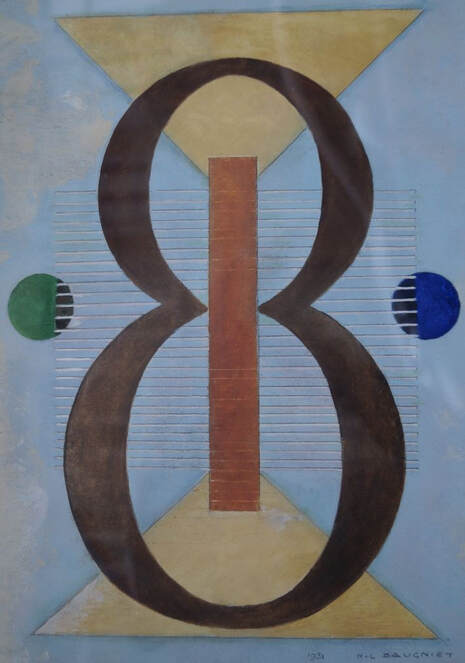 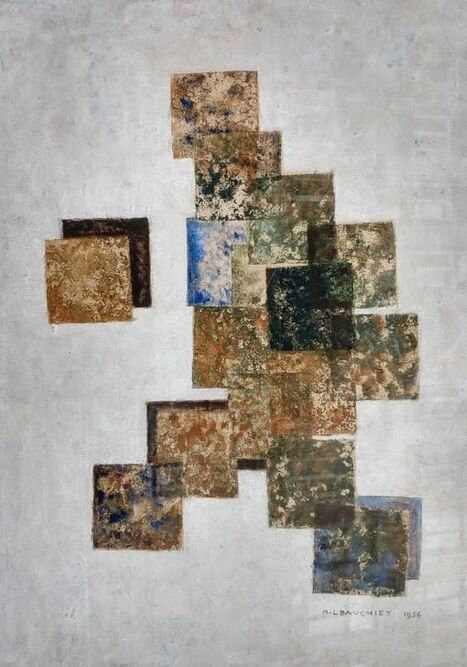 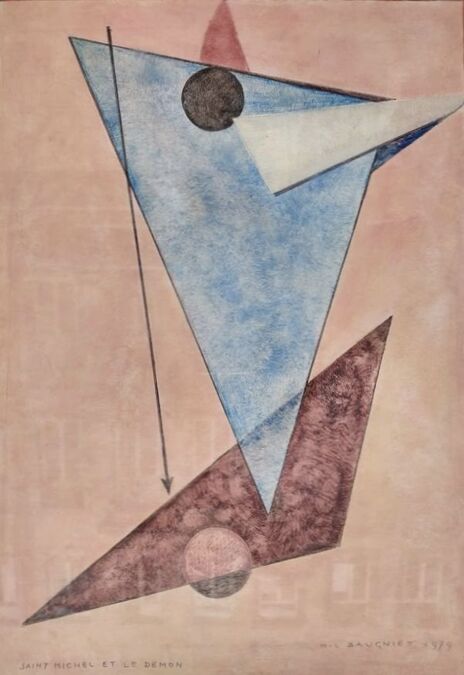 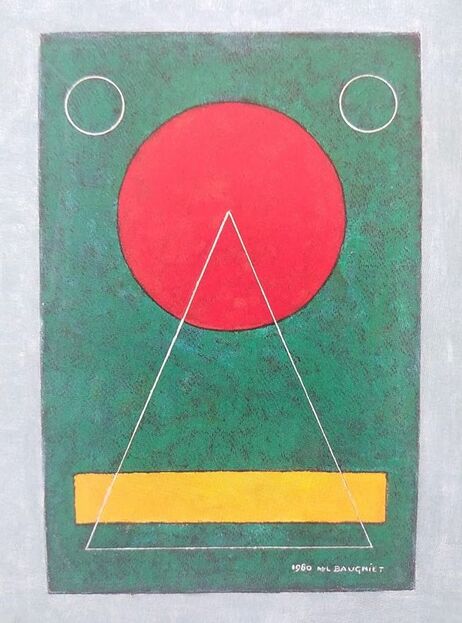 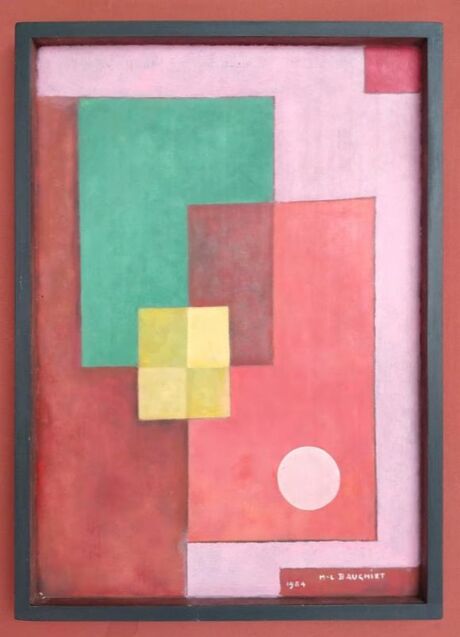 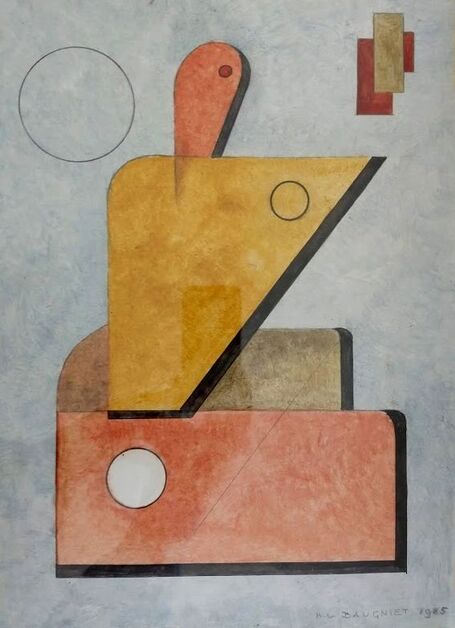 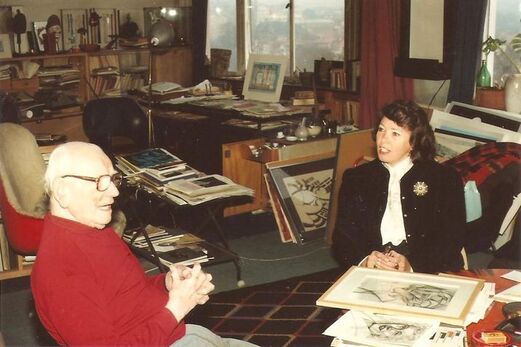 Jeannine Lenaerts visiting the artist at his Ixelles apartment, 1993 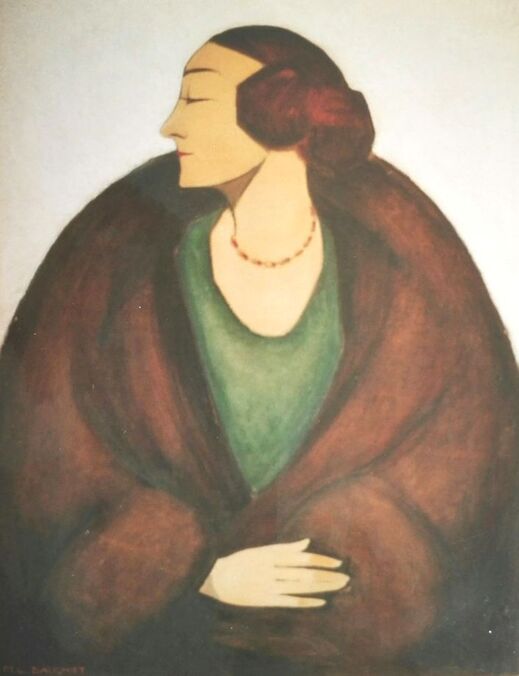 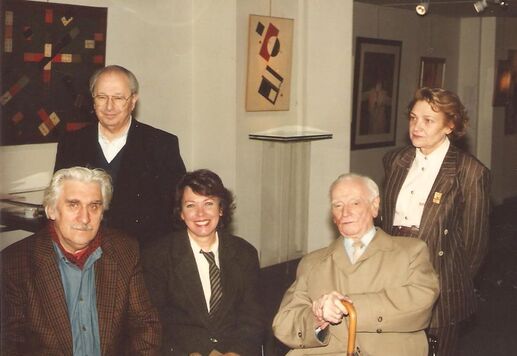 Baugniet visiting the Vladimir Nemuchin exhibition at Group 2 Gallery in 1993.
​Standing are the famous collectors of "Soviet non-conformist art" Mr and Mrs Bar-Gera from Cologne, Germany. 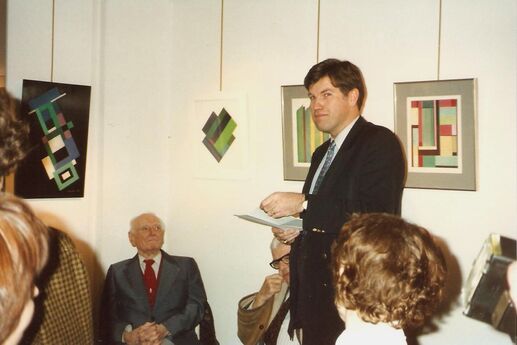 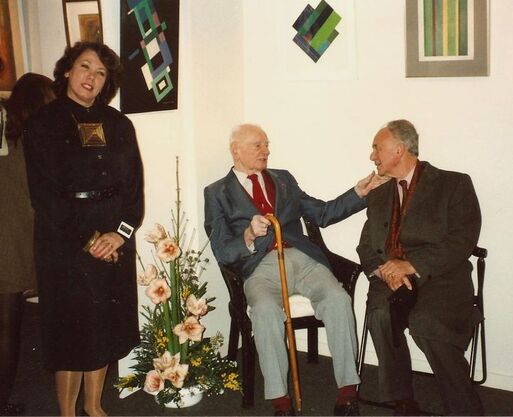 ​Mr Philippe Roberts-Jones, Honorary Director of the Royal Museum of Fine Arts of Belgium and the artist at Group 2 Gallery, 1994 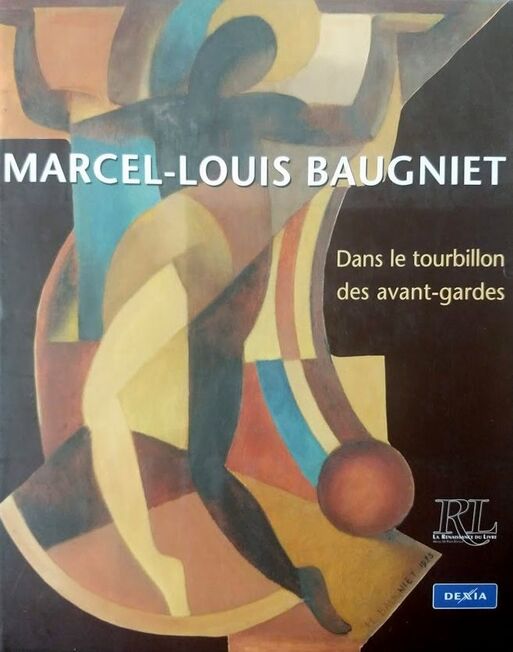 Marcel-Louis Baugniet was born in Liège in 1896.  He studied at the Academy of Fine Arts in Brussels from 1915 to 1918, where he met a.o. ​Magritte, Flouquet and Delvaux. His first works were influenced by the symbolists Klimt and Khnopff. In 1921 he studied at the "La Grande Chaumière" Academy in Paris, where he met a.o. Zadkine and the Lurçat brothers and where he discovered the russian constructivists Malevitch and Lissitzky. Baugniet admired most of all Czech artist Frantisek Kupka. Back in Brusels, he joined in 1923 the "7 Arts" avant-garde magazine founded by painters Flouquet and Karel Maes, the Bourgeois brothers (architect and poet) and composer Georges Monnier. Baugniet published many articles and manifests in this magazine, whereas his art gradually moved from cubism to geometric abstraction. In 1923 Baugniet met the ballet dancer Marguerite Acarin, who became his wife and whose name he changed into Akarova. In 1925 Baugniet participated at the "Decorative arts" exhibition in Paris, where he discovered the russian pavillion with works by Popova, Tatlin, Maïakowski, Lebedev and Stepanova. Much impressed, he decided to study the russian language. In 1927 Baugniet formed with dutch architect Van Tonderen a company called "Modern Interior". Together they signed a manifest in eight parts, a.o. "Le beau c'est l'utile" (The beautiful should be useful as well), "La fonction crée la forme" (The function creates the form) and "We preach the triumph of the machine".