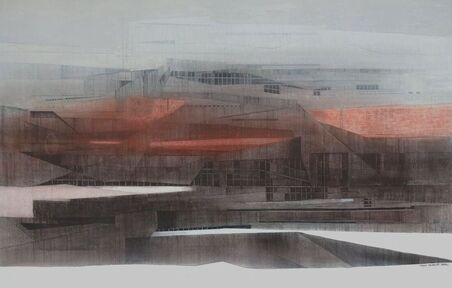 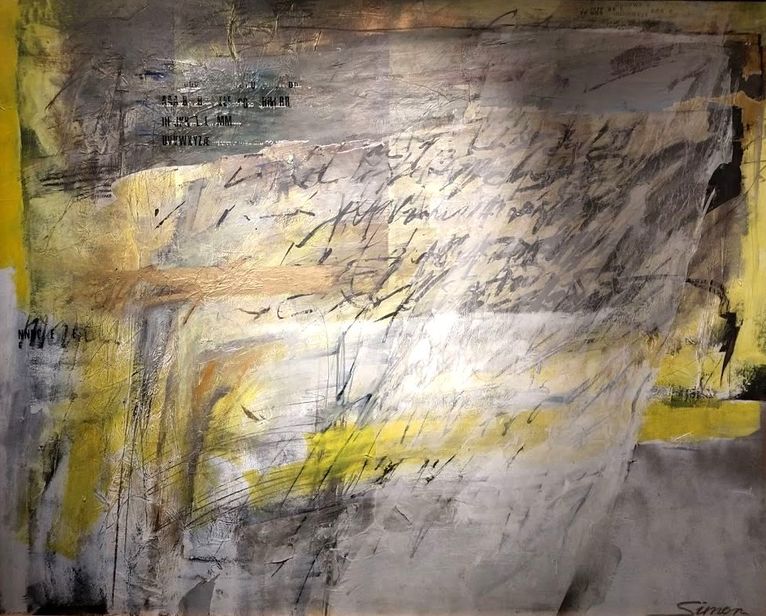 Simon Adjiashvili 1992   H 120 x 150 cm
"A wall makes space perceptible : one can feel the energy of light penetrating the space on a wall. My writings lack any verbal context.
​The letters and characters are rhythmic symbols, expressions of sudden ideas, fixed gestures". 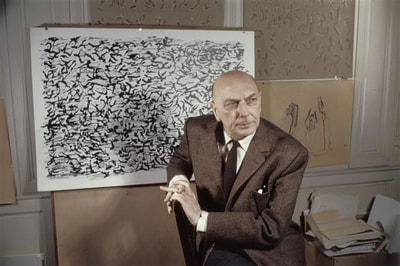 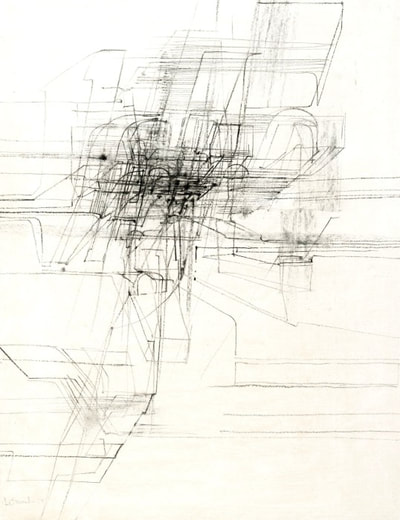 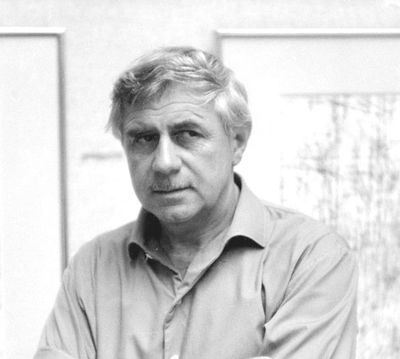 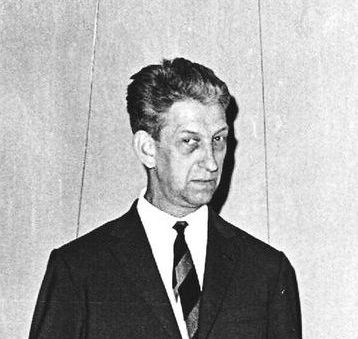 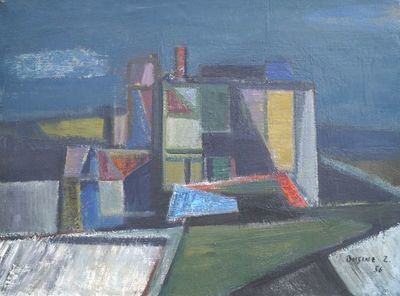 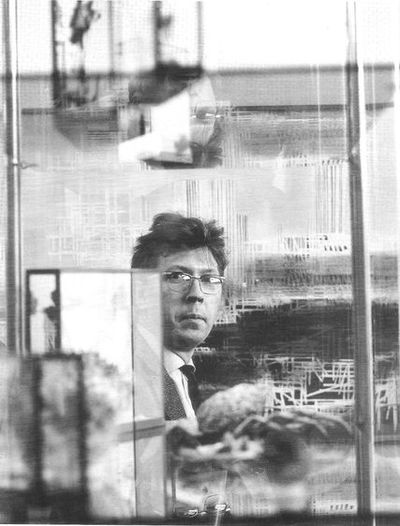 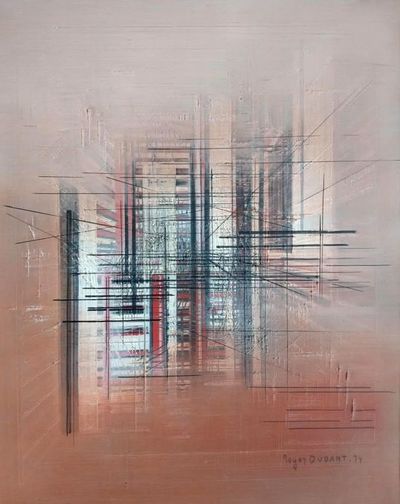 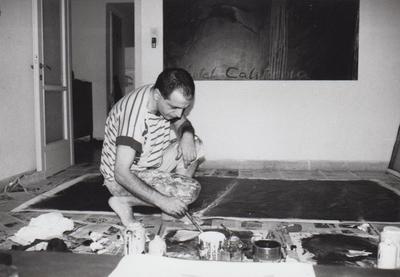 Lismonde (1908 - 2001) is rightly considered as a master drawer in a universe dominated by black & white. The artist created during his career an exceptionnaly fine series of ink and charcoal drawings on paper, both figurative and abstract. Part of his oeuvre is inspired by factories and industrial landscapes in Belgium.
Roger Dudant (1929 - 2008) participated in 1955 in the "International Exhibition of Contemporary Art" at the Carnegie Institute in Pittsburgh and in 1956 in the exhibition organized by Belgian Shell at the Palais des Beaux-Arts. In 1961 the artist had a personal exhibition at the "Albert Landry Galleries" in New York. In the 1970's he was a founding member, with Zéphir Busine, of the "Hainaut 5" group of artists and became Professor at the "La Cambre Institute" in Brussels, succeeding to his close friend and Professor Paul Delvaux. In 2012 Group 2 Gallery paid tribute to Dudant with a one-man show "The beauty of natural, urban & industrial landscapes".
Zéphir Busine (1916-1976) was, together with a.o. Roger Dudant, one of the founders of the “Hainaut 5” group of artists. Read more.
Simon Adjiashvili ​was born in 1949 in Tbilisi, Georgia, a country famous for its ancient artistic traditions. His creative individuality was influenced by american, russian and georgian avant-garde movements. The artist's work features a vital, powerful energy which is not immediately apparent to the observer. Simon is focusing upon the microcosmos of his inner creative world rather than the macrocosmos of his surroundings. Many paintings are crossed by interchanging black lines upon which the artist writes his "text". His paintings are bright, colourful and at fist sight even chaotic. When looking closely, however, one will discover inner logic concealed within them. Every part of a picture is interconnected with the next as in calligraphy. Hence, his pictures may be seen as a text in which the importance of Simon's inner world is being revealed to the observer. He includes in his compositions letters from the Latin, Georgian and Jewish alphabets. Their primordial meaning is deeply rooted in the pictographical drawings of our distant ancestors. One can feel the strong character of Simon's art. It is dynamic, vibrant, creative and rich in potential for development. (Text by Gregory Ostrovsky, Professor of Art, Tel-Aviv).
In 1993 Group 2 Gallery paid tribute to the artist with the exhibition "Simon Adjiashvili, from Georgia to Israël". At this occasion an illustrated monography was published.